Stephen Hawking about heaven and the afterlife: “a fairy story” 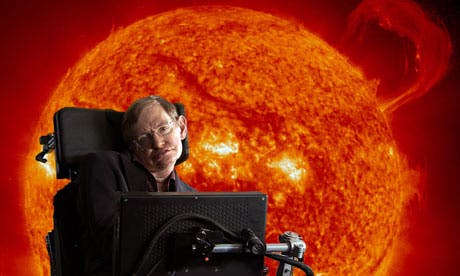 In an exclusive interview with The Guardian, the eminent British physicist Stephen Hawking shared his view upon fatality and the afterlife, sparking a wave of criticism from creationists and religious personalities as he bluntly stated that the concept of heaven is simply a “fairy story” for people who fear death.

How does Hawking explain his afterlife theory? Well, simple enough the author of the bestselling “A Brief History of Time”, which sold 9 million copies since its release in 1988, said that when the brain ceases to function, that’s it.

“I regard the brain as a computer which will stop working when its components fail,” he told the Guardian’s Ian Sample. “There is no heaven or afterlife for broken down computers; that is a fairy story for people afraid of the dark.”

Interesting enough, the most famous living physicist, currently aged 69, has been living for the past  five decades with a devastating motor neurone disease that doctors believed would kill him while he was still in his early 20s. The prospect of death, however, doesn’t preoccupy Hawing – he’s not afraid of death and this makes him a more focused individual, he says.

“I have lived with the prospect of an early death for the last 49 years. I’m not afraid of death, but I’m in no hurry to die. I have so much I want to do first,” he said.

The Guardian interview comes relatively close to another Hawking related creatioalist bashing, faithful to his statements in his 2010 released most recent book titled The Grand Design, in which he asserted that there is no need for a creator to explain the existence of the universe. The book provoked a backlash from some religious leaders, including the chief rabbi, Lord Sacks, who accused Hawking of committing an “elementary fallacy” of logic.

The interview comes just in advance of his lecture at this week’s Google Zeitgeist meeting in London, where he will address the question: “Why are we here?” At his keynote, he is expected to state his theory that tiny quantum fluctuations in the very early universe became the seeds from which galaxies, stars, and ultimately human life emerged. “Science predicts that many different kinds of universe will be spontaneously created out of nothing. It is a matter of chance which we are in,” he said.

When asked what he found most beautiful in science, Hawking said, “Science is beautiful when it makes simple explanations of phenomena or connections between different observations. Examples include the double helix in biology, and the fundamental equations of physics.”

Hawking said that our existence is down to pure chance, and that one’s goal should be to “seek the greatest value of our action.”