Researchers from the US have developed a hybrid printer that is able to print cartilage which might one day be implanted into injured patients to help them re-grow lost cartilage in vulnerable areas, such as joints. 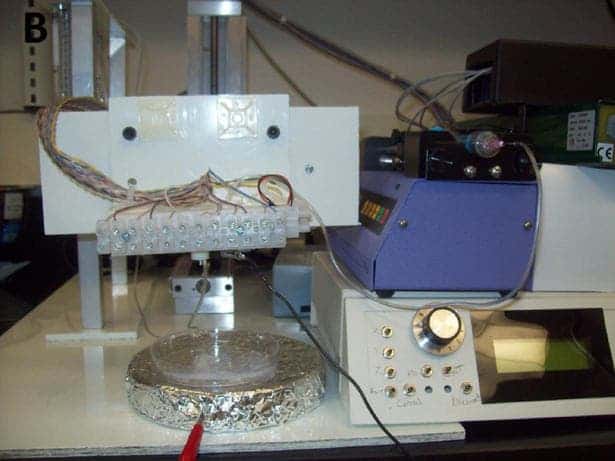 The innovative 3D printer is a mix of a mix of a traditional ink jet printer and an electrospinning machine; the concept was presented in a study published in the journal Biofabrication by the Institute of Physics.

“This is a proof of concept study and illustrates that a combination of materials and fabrication methods generates durable implantable constructs,” said Dr. James Yoo, a professor at the Wake Forest Institute for Regenerative Medicine, and an author on the study.

The matter of creating cartilage is still a field under development, with many options being studied (ie robotic systems). The key here, however, is the electrospinning machine.

Electrospinning machines use an electrical charge to draw very fine (typically on the micro or nano scale) fibres from a liquid or polymer; the polymers can be easily controlled and made porous which is extremely important in creating cartilage in the surrounding tissue.

The technique was used on mice, and after eight weeks it had developed the structures and properties of real cartilage, proving it could have extreme utility in humans/