by Mihai Andrei
in Physics
Reading Time: 4 mins read
A A
Share on FacebookShare on TwitterSubmit to Reddit

The quantum world is entirely different from what we see around us; it has its own laws, its own algebra, etc. It’s a really bizarre place, but that can yield wonderous developments as well. Since the quantum laws are so different, it’s hard to actually observe them, so instead, thought experiments are used. But for the first time, that has changed – researchers have used humans to actually observe the results of a quantum phenomena.

Nicolas Gisin, a physicist at the University of Geneva in Switzerland created a test to see is human eyes can detect signs of entanglement. Quantum entanglement is a really weird and unexplainable fact, outside the quantum world: it practically links two or more objects in such a way that if you measure one’s properties, the other one’s properties are changed, no matter how far away they are from each other. Doesn’t make much sense does it ? But that’s how it goes in the quantum world. Quantum effects such as this one are typically limited to the microscopic world and are observed only through precise microscopes, thus indirectly.

He was inspired by an experiment carried out in Rome; professor Fabio Sciarrino and his team at La Sapienza University in Rome entangled a pair of photons and then ‘amplified’ one of them to create a shower of thousands of photons with the same quantum state.

“I immediately realized that the human eye could see that many photons,” says Gisin. 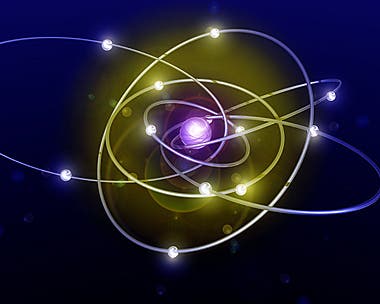 So he used a similar line-up, they entangled two photons; one of them was sent through a standard photon detector, while the other one was amplified using a machine that generated photons with the same polarization, and thus, at least in theory, generating a quantum micro-macro entanglement.

But here Gisin did something differently – he replaced the photon light field detector with a human. The beam of light produced by the amplifier could appear in one of two positions, and the location of the beam reflected the polarization state of the photons in the field. Gisin and his team sat in the dark for hours, marking the position of the light spot over repeated runs of the experiment, for the first time seeing the effects of quantum entanglement with the naked eye.

After a long and hard day’s work, they got the results they expected; the human results were double checked with photon detectors, and the results were positive, even though the latter were “faster and more reliable than humans and didn’t complain of tiredness”, according to Gisin.

But the thing is, what they saw was not micro-macro entanglement. According to the laws of quantum physics, the act of measurement would break the entanglement, and thus the first photon and the light field could not be entangled (again, this goes against common sense).

“We set up the worst kind of amplifier precisely to see what result the standard Bell test would give, and it gave the wrong — positive — answer,” says Gisin.

The Bell test is the most common test to check the state of entanglement. According to Gisin, the reason for this false positive is that no detector is perfect, and some photons will always be lost during the experiment. Normally, this does not affect the Bell test, but Gisin says that as more photons come into play, the loophole hugely distorts the results. So regardless of the actual result, the Bell test would always be positive.

“This is brilliant work showing that if we do not control everything in the experiment, we can be fooled into thinking we have seen a macroscopic quantum effect, when we haven’t,” says Magdalena Stobińska, a quantum physicist at the Max Planck Institute for the Science of Light in Erlangen, Germany.

Sciarrino was not surprised by the results, and he says he already knew the Bell test couldn’t be fully trusted in such cases. Nevertheless, he applaudes the experiment.

“The experiment is lovely because in this sense you can ‘see’ entanglement,” says Sciarrino. “It brings quantumness closer to human experience.”