by Mihai Andrei
in Chemistry, Physics, Studies
Reading Time: 2 mins read
A A
Share on FacebookShare on TwitterSubmit to Reddit 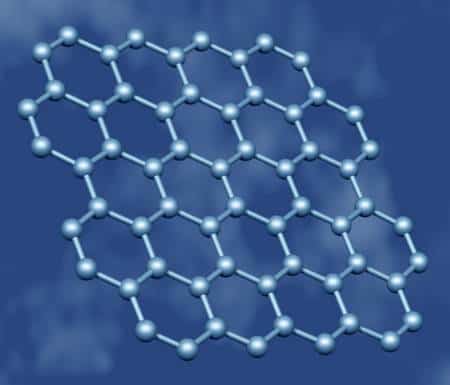 I was telling you a while ago about the revolutionary material called graphene. Graphene is a one atom thick layer of carbon packed in a honeycomb lattice. Now, a team led by Professor Andre Geim, recipient of the Nobel Prize for graphene, showed that electric current (which is basically a flow of electrons) can magnetise the material.

This could lead to an extremely fast development of spintronics, an emerging group of technologies that exploit the intrinsic spin of the electron, in addition to its fundamental electric charge that is exploited in microelectronics. The findings involve a great number of researchers from the US, Russia, Japan and the Netherlands.

It is believed that in future spintronics transistors and devices, coupling between the current and spin will be direct, without having to use magnetic materials to inject spins, which is the way things are done at the moment.

“The holy grail of spintronics is the conversion of electricity into magnetism or vice versa. We offer a new mechanism, thanks to unique properties of graphene. I imagine that many venues of spintronics can benefit from this finding.”

Antonio Castro Neto, a physics professor from Boston who wrote a news article for the Science magazine which accompanies the research paper commented: “Graphene is opening doors for many new technologies.

“Not surprisingly, the 2010 Nobel Physics prize was awarded to Andre Geim and Kostya Novoselov for their groundbreaking experiments in this material. Apparently not satisfied with what they have accomplished so far, Geim and his collaborators have now demonstrated another completely unexpected effect that involves quantum mechanics at ambient conditions. This discovery opens a new chapter to the short but rich history of graphene.”