by Mihai Andrei
in Mind & Brain, Physics, Shorties
Reading Time: 1 min read
A A
Share on FacebookShare on TwitterSubmit to Reddit 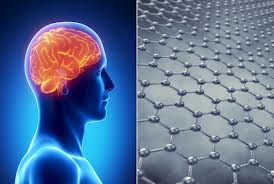 Research into the new wondermaterial graphene and the neurochemistry of the human brain will be given up to two billion euros ($2.68 billion) in funding – the largest research grant in official, recorded history, the European Commission said on Monday.

The two areas are the beneficiaries of the Future Emerging Technology (FET) Flagship programme, described as an “X-Factor for science”; an award whose winners are chosen by a group of the world’s leading scientists, among which Nobel Prize winners are not a rarity.

Described by the Commission vice president Neelie Kroes as a “revolutionary material (produced) using just a pencil and Scotch tape“, graphene is now “on the verge of spawning a new industry,” she said. Meanwhile, The Human Brain Project, seeks to simulate the cells, chemistry and connectivity of the brain in a supercomputer, the goal being to better comprehend the brain’s functions and development – a lofty goal in days such as these.