by Tibi Puiu
in Great Pics, Offbeat, Physics
A A 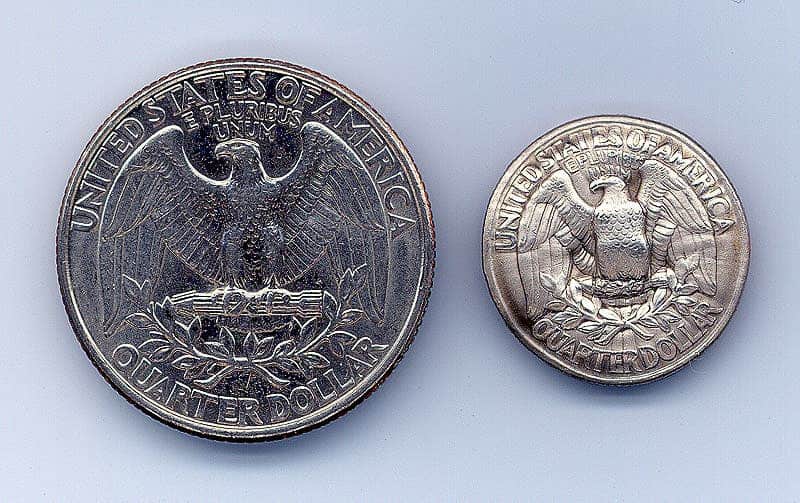 While browsing reddit, I came across something well worth sharing: shrunken coins. Now, bear with me and you’ll soon learn why these are really interesting, if you the photos themselves haven’t caught your fancy. 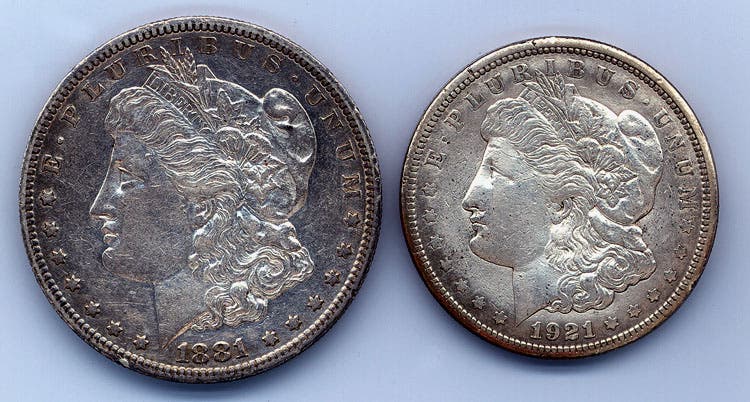 You see all these coins have been shrunk by powerful magnetic fields created by high power coils inside a machine appropriately dubbed the “coin shrinker” by the guys who’ve made it, all in one huge blast. Shrinkage might not be the best term to describe this phenomenon though, as only the diameter is modified, while the density remains the same (the coin’s thickness increases). 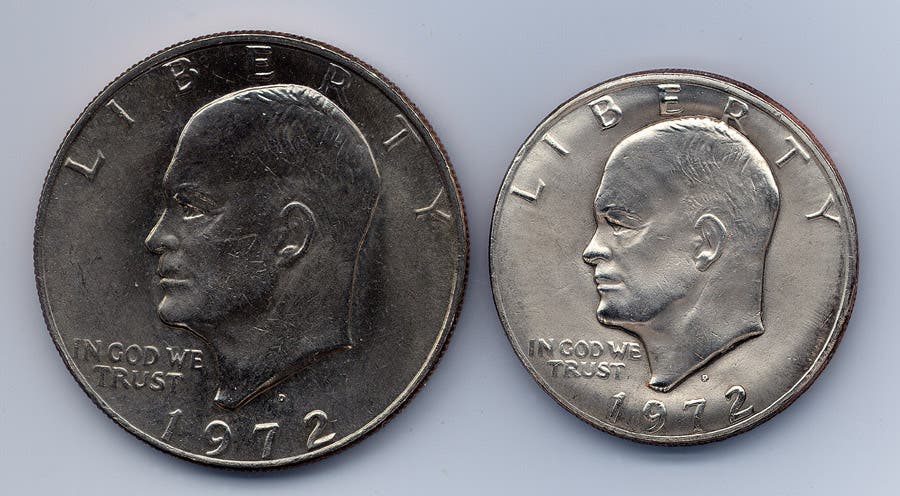 Here’s how it all works:

“The Quarter Shrinker uses a process called High-Velocity Metal Forming to create extremely powerful pulsed magnetic fields. We use these fields to squeeze a coin, forcing it to rapidly shrink in diameter. There is no direct contact with the coin – all of the reshaping is done by invisible and incredibly strong magnetic fields! The Quarter Shrinker forces a huge current pulse (up to 100,000 amperes!) into a 10-turn work coil made from insulated copper wire. A coin is previously centered within the work coil.

Through transformer action, a current of up to one million amperes is induced within the coin. The instantaneous power applied to the coil is comparable to the total electrical power consumed by a medium-sized city. Another phenomenon, called “skin effect”, forces this immense current to flow within a circular ring that’s only 1/20” thick along the edge of the coin. The immense circulating current within the rim of the coin creates another powerful magnetic field around the coin. The magnetic fields from the work coil and the coin oppose each other – an effect called “Lenz’s Law”.

This results in tremendous magnetic repulsion forces between the work coil and the coin. Compressive forces squeeze the coin inward, reducing its diameter while simultaneously making it thicker. The entire process is over in less than the blink of an eye (~25 millionths of a second!). The coin becomes extremely hot from the combination of rapid mechanical deformation and resistive heating. Although the shrunken diameter of a quarter is slightly less than a dime, the coin retains all of its surface features, and is still easily recognized as being a quarter! However, there’s no, “Honey, I shrunk the kids” magic involved. As the coin shrinks in diameter, it becomes thicker. A shrunken coin still has the same mass, volume, and density as the original coin. The amount of “shrinkage” depends on the amount of energy applied to the coil – higher energy pulses create smaller coins.

There is an equal (and opposite) reaction on the coil. Intense magnetic pressure pushes the inside of the work coil outward, expanding its diameter, ultimately causing it to explode in a shower of potentially deadly copper fragments. As the work coil expands, the wire stretches to less than half its original diameter. The wire’s insulation can’t stretch to the same degree, and it gets blown off, leaving fragments of bare wire. As the coil explodes, it ejects small fragments of copper with the force of a small bomb. Smaller fragments can reach a velocity of over 5,000 feet/second. To protect nearby objects (and people!), coin shrinking must be done inside a bulletproof chamber. When the coil disintegrates, residual electrical energy is dissipated in a bright ball of blue-white plasma and a shock wave (a very loud BANG). We only shrink one coin at a time. Each coin requires its own carefully hand-crafted work coil, which is explosively destroyed during the shrinking process. “ 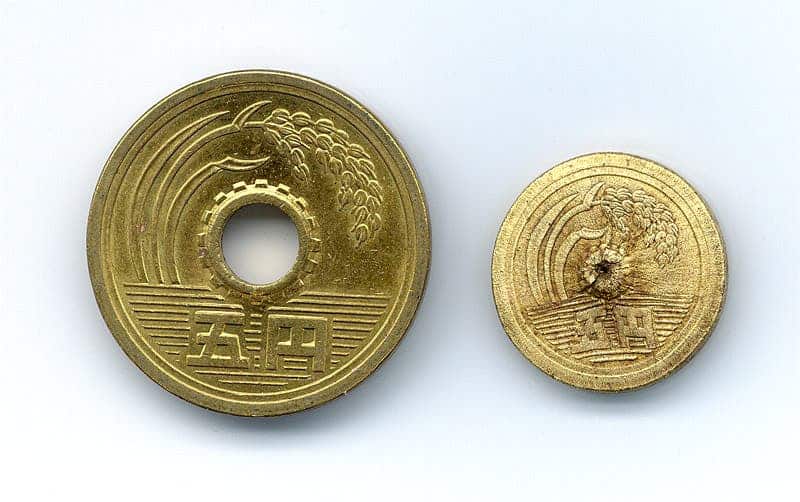 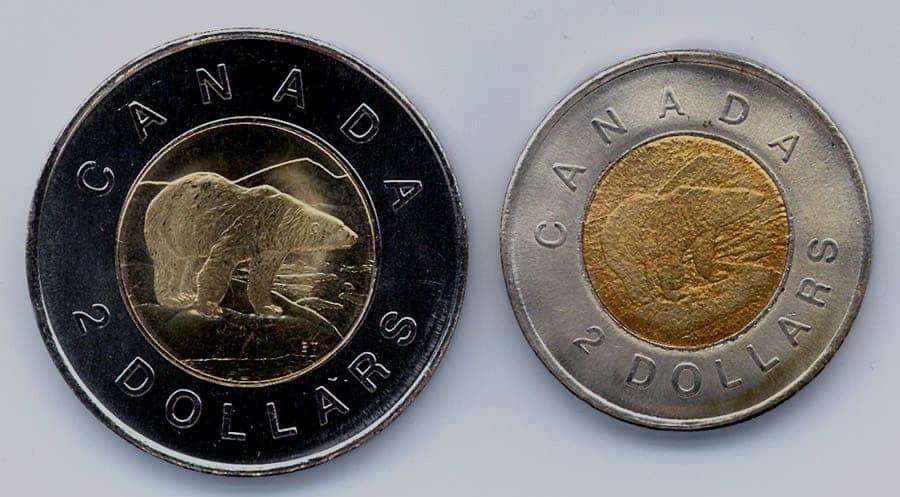 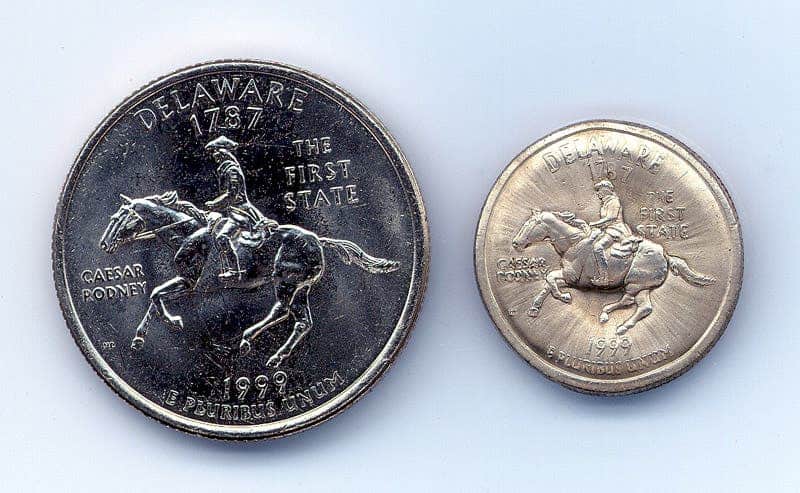 All photos courtesy of capturedlightning.com