by Mihai Andrei
in Health & Medicine, Physics
Reading Time: 3 mins read
A A
Share on FacebookShare on TwitterSubmit to Reddit

3D printing is the stuff of the future, today. Basically you can create absolutely anything, just by using a digital computer model of it. In the latest of its remarkable feats, 3D printing has saved the life of a 20 year old baby by creating a bioresorbable splint that stopped a life-threatening condition called tracheobronchomalacia. 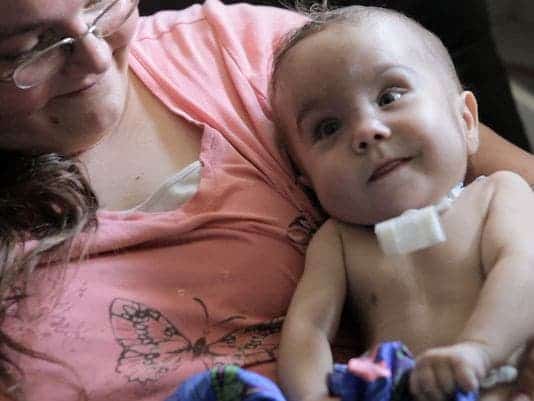 Tracheobronchomalacia or TBM is a condition characterized by flaccidity of the tracheal support cartilage which leads to tracheal collapse – basically, you stop breathing because your tracheal cartilages are not strong enough, and the flow of air to your lungs is severely impeded. The conditions is severe, especially in babies. April and Bryan Gionfriddo watched helplessly as their child fought with the disease, and slowly lost ground.

“Quite a few doctors said he had a good chance of not leaving the hospital alive,” says April Gionfriddo, about her now 20-month-old son, Kaiba. “At that point, we were desperate. Anything that would work, we would take it and run with it.”

But they found an unexpected glimmer of hope at the University of Michigan, where a new, bioresorbable device that could help Kaiba (the child) was under development. Kaiba’s doctors contacted Glenn Green, M.D., associate professor of pediatric otolaryngology at the University of Michigan. He and his team got right to work, planting the resorbable splint into Kaiba’s airway, to help expand her bronchus and give it a skeleton to aid proper growth. During the next three years, the splint will be reabsorbed by her organism.

“It was amazing. As soon as the splint was put in, the lungs started going up and down for the first time and we knew he was going to be OK,” says Green.

The procedure through which the splint was developed is no longer revolutionary, but rather pretty standard, though hi-tech, but the idea and implementation was absolutely stunning. The device was created directly from a CT scan of Kaiba’s trachea/bronchus, integrating an image-based computer model with laser-based 3D printing to produce the splint. 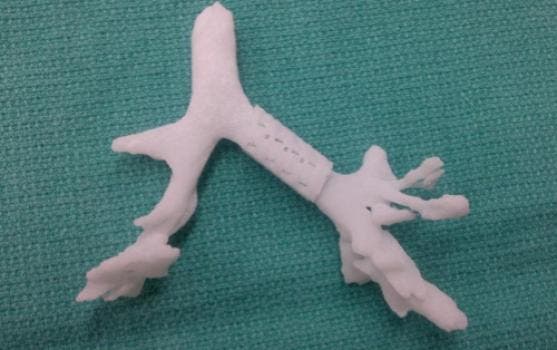 “Our vision at the University of Michigan Health System is to create the future of health care through discovery. This collaboration between faculty in our Medical School and College of Engineering is an incredible demonstration of how we achieve that vision, translating research into treatments for our patients,” says Ora Hirsch Pescovitz, M.D., U-M executive vice president for medical affairs and CEO of the U-M Health System.

“Groundbreaking discoveries that save lives of individuals across the nation and world are happening right here in Ann Arbor. I continue to be inspired and proud of the extraordinary people and the amazing work happening across the Health System.”

The surgery was a big success, and after 21 days, Kaiba was taken off the ventilator and has not had trouble breathing since then.

“The material we used is a nice choice for this. It takes about two to three years for the trachea to remodel and grow into a healthy state, and that’s about how long this material will take to dissolve into the body,” says Hollister.