The drugs we take end up in rivers, where they affect the entire ecosystem

The drugs we take are reaching natural ecosystems, and moving up the food chain.

by Mihai Andrei
in Environment, News, Pollution, Science
A A

A new study reports that a whopping 69 pharmaceutical compounds have been detected in aquatic ecosystems. These substances were found to slowly work their way up the food chain, affecting the entire river food web. 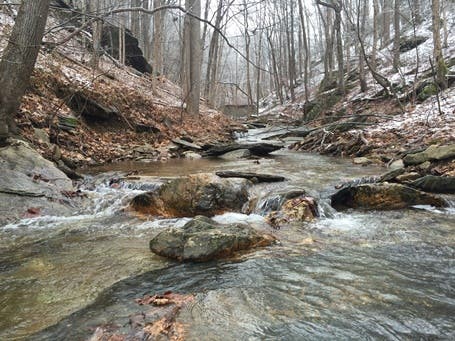 While plastic pollution gets the lion’s share of media attention, other types of pollution can also be insidious and damaging. Traces from pharmaceutical products, for instance, are all around us.

Commonly used chemicals, such as medicines and personal care products, tend to end up in nearby watersheds, where they can accumulate over time. Most wastewater treatment facilities are not equipped to remove them from sewage, and subpar infrastructure further accentuates the problem.

In order to see how much these substances affect the environment in which they wind up, Emma Rosi, an aquatic ecologist at Cary Institute of Ecosystem Studies and a co-author surveyed six streams in Melbourne. They were sampled for 98 pharmaceutical compounds — the most exhaustive screening to date. Pharmaceuticals measured included antibiotics, antidepressants, antihistamines, and NSAIDs.

This isn’t a problem that’s restricted to Australia, or only some streams, researchers stress. The drugs we take are reaching ecosystems, and they’re making their way up the food chain — and we still don’t know what effects this has.

“Pharmaceutical pollution is present in surface waters around the world and there are many studies that document this,” she told ZME Science. “Drugs enter the environment via wastewater because many wastewater treatment facilities are not designed to remove them from sewage. Leaking or aging sewage infrastructure and septic tanks are also sources of pharmaceuticals. In many parts of the world, untreated, raw sewage is discharged to surface waters. These sources occur around the world.”

They looked at how these substances are passed up the food chain, particularly focusing riparian (riverbed) spiders. Erinn Richmond, a freshwater ecologist at Monash University in Australia and lead author on the study, explains:

“We focused on riparian spiders because they build their webs over streams and feed on adult aquatic insects as they emerge from the water.”

Their analysis found traces of 69 different pharmaceutical compounds in aquatic insects and up to 66 compounds in riparian spiders. There was a clear trend, with the highest levels being the closest to wastewater treatment facilities or in heavily populated areas with potential septic tank leakage. In these areas, concentrations were 10-100 times higher than the average.

“Stream life is swimming in a mixture of pharmaceuticals,” says Rosi. “Our study is the first to show that this chronic drug pollution can concentrate in aquatic insects and move up food webs, in some cases exposing top predators to therapeutically-relevant doses.”

Even in the “cleanest” areas, the evidence of pharmaceutical pollution was still present.

“Pharmaceuticals were present in every insect and spider we tested – including those collected in Dandenong Ranges National Park,” Richmond notes. “Even this seemingly pristine site was contaminated, likely because people live in the park’s drainage area and visit the park.” 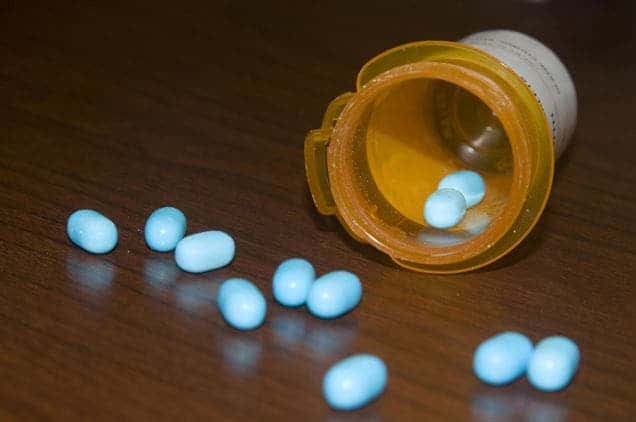 The most commonly discovered pollutant was antidepressants. However, it’s not clear whether this correlated with increased local consumption, or if there is another property of antidepressants that made them appear in higher concentrations.

Although there’s a good chance that this drug pollution takes a significant toll on the ecosystem, the study did not quantify these effects — although it remains an avenue for further research.

“We detected up to 69 different drugs in insects. We do not currently know what it means for a trout or platypus to consume 69 different pharmaceuticals in their diets. What is also significant is that riparian (streamside) spiders are also accumulating many different drugs and likely, birds and bats and other animals that eat stream insects may also be exposed to drugs. Other studies have found that exposure to single compounds including antidepressants can alter the behaviour of fish, but there is so much that we do not know about the effects of these drugs in nature,” Richmond told us.

There is a silver lining, however — all of us can make a difference. Rosi and Richmond told ZME Science that we can, and should be attentive of how we dispose of our medication and pharmaceutical products.

“As consumers there are many ways we can reduce the presence of pharmaceuticals. Properly dispose of unwanted medications or those that have passed their use by date. Take them to a “take back program” for proposal waste disposal. Please do not flush these down the drain or toilet. If you have a septic system, properly maintain your system and ensure that it is functioning. “