by Tibi Puiu
in Design, News
A A

Scientists at the Oak Ridge National Laboratory (ORNL) have taken 3-D printing to the next level. Through a novel technique, they were able to print the world’s smallest fidget spinner. It can easily fit within the width of a human hair — virtually invisible to the naked eye.

The computer-aided design of the fidget spinner was first sliced into multiple digital layers. Then just one drop of a special liquid is added to a piece of silicon wafer and then loaded into a nanoscribe machine. This device is somewhat similar to a 3D printer. However, unlike a 3D printer, it oozes liquid plastic from a nozzle, using a laser to raster its way through the liquid and create a pattern, then turning the liquid into a solid. The laser shapes the liquid only in its strongest, most concentrated point known as the focal point, allowing the researchers to achieve a stunning level of precision.

Beyond the fidget spinner craze, the ORNL researchers have demonstrated more serious applications, including a technique that could be used to fabricate microswimmers and tetrapod devices that precisely deliver drugs into the human body.

“We felt like it [the fidget spinner] would be an interesting demonstration for younger people who may not know that the federal government maintains these user facilities around the country,” said Dr. Adam Rondinone, a senior staff scientist at ORN. 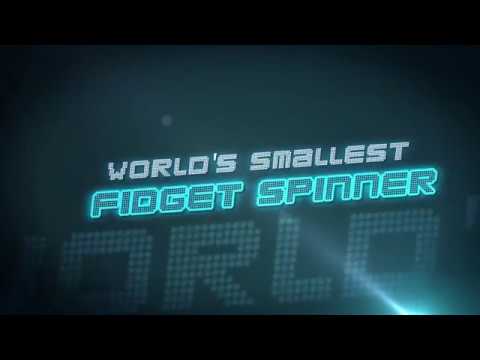 Next, the team intends to devise an interactive version of the microscopic fidget spinner for the ORNL Traveling Science Fair.