The US is rolling out superhuman hearing for its soldiers

Wearable tech could save the hearing of thousands of soldiers.

by Mihai Andrei
in Health & Medicine, News, Technology
A A

Wearable tech could save the hearing of thousands of soldiers.

Among many other things, war is loud – especially for infantry. Gunshots, explosions, booms and bangs are part of a soldiers’ life, and even a single gunshot can be devastating to hearing. Prolonged exposure to gunshots often causes irreparable harm, and when you consider that the US has over 20 million veterans, the scale of this problem takes on dramatic proportions.

With that in mind, the US Army has developed a hearing aid that not only boosts the hearing of troops in the field but also filters out unwanted noise from the battlefield. The system, known as Tactical Communication and Protective System (TCAPS), will be rolling out soon to soldiers in the field.

In the past, ear protection was quite rudimentary, and it came at an obvious disadvantage: soldiers lost the ability to hear other useful sounds, like commands. Ear protection also impeded hearing to the point where soldiers couldn’t figure out where sounds were coming from, a vital ability in the heat of battle.

TCAPS is smarter than this – it picks up sounds through a system of microphones and dampens it for the wearer, but in such a way that you can still hear it clearly and figure out where it comes from. At the same time, the decibel cap allows TCAPS-equipped soldiers to hear the voices of others around them, including radio commands.

This sounds like an excellent idea, and to be honest I’m surprised something like this hasn’t been introduced before. But what I’d really like to see is the Army roll out a system like this for veterans as well. I’d like to see them take care of soldiers after their service is done, something which the US seems to be still struggling with.

Here’s a video depicting how it works: 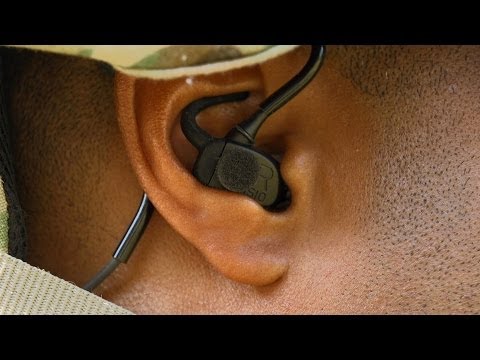