Slow and steady wins the race: fastest animals are actually the slowest throughout their lifetimes

This surprising observation applies to machines as well!

There once was a speedy hare who bragged about how fast he could run. Tired of hearing him boast, Slow and Steady, the tortoise, challenged him to a race. Hare ran for a while, but after seeing the tortoise advancing at such a pitiful pace, he became cocky and fell asleep alongside the road. The tortoise never stopped, though, until he approached the finish line. By the time the loud cheering of other animals woke up Hare, it was already too late. After that, Hare always reminded himself, “Don’t brag about your lightning pace, for Slow and Steady won the race!”

Life is a marathon, not a sprint

Aesop’s famous fable is a reminder that sometimes slow is faster. But according to Adrian Bejan, a Professor of Mechanical Engineering at Duke University, readers really shouldn’t have been surprised that the tortoise won — not if they knew Bejan’s constructal theory, which describes how natural systems branch and flow. According to it, virtually all systems — be them rivers, capital markets, traffic, clouds, or even humans — must adapt to accommodate the currents that flow through them by following a vascular pattern. The theory is explained in the video below. 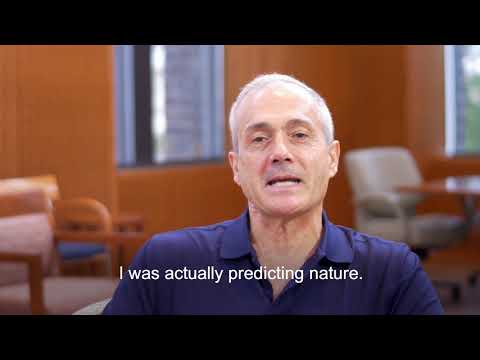 When the constructal theory was applied to data on the speeds of animals on land, air, and water, a counter-intuitive observation emerged: some of the world’s fastest animals are actually some of the slowest when their movements are averaged throughout their lifetimes.

“The fable of ‘The Tortoise and the Hare’ is a metaphor about life, not a story about a race,” said Bejan in a press release. “We see in animal life two starkly different lifestyles — one with nearly steady feeding and daily sleep and another with short bursts of intermittent feeding interspersed with day-long siestas. Both of these patterns are the rhythms of living that Aesop taught.”

The study published in the journal Scientific Reports was built upon previous findings by Bejan that showed that all animals’ speeds tend to rise along with their body mass and adhere to a similar ratio. For instance, the same speed-mass relationship predicts the rate at which land vertebrates run, fish swim, or birds fly. Bigger animals are faster, according to this hypothesis — with some outliers. A cheetah runs much swifter than an elephant and tuna swims faster than a whale.

The bigger picture, however, is much more nuanced. While a cheetah has a high peak speed, it moves very little throughout its day or, zooming out even further, its lifetime. Grazing animals, on the other hand, the cheetah’s prey, are slow but move and eat constantly. When Bejan and colleagues averaged the animals’ speed over their lifetimes, the creatures ranked the highest by top speed were found to be among the slowest.

“When discussing ‘fast’ animals, most people think of peak speed, i.e. sprint. From this comes the ‘obvious’ difference between cheetah and impala. In reality, life is movement, and that means that life is movement over lifetime,” Bejan told ZME Science.

Bejan says that the outliers to his constructal theory can be explained by “unspoken differences between lifestyles.”

“When the whole daily life is counted, the constructal law of evolution (which includes all animal and vehicle locomotion) holds: the life-averaged speed is greater when the animal is bigger — as in the examples of the whale, elephant, and Cape buffalo,” Bejan said.

What’s striking is that the findings apply not only to living creatures but also to machines. A prime example is the modern jet fighter which is much faster than other airplanes in short bursts but which stays grounded for most of its operational lifetime. When averaged over its service lifetime, jet fighters are surprisingly slow compared to a passenger aircraft.

The researchers hope that the data they’ve gathered on the life-averaged speeds of aircraft will inspire researchers to measure the same in animals. Confidence in any theory needs to be strengthened by supporting data, Bejan told me.

If the theory is correct, it could be used to predict evolutionary trends in both animals and human-designed machines. Bejan calls this ‘evolution as physics’, a concept he described at length in his recent book The Physics of Life.