Scientists might have cured “bubble boy disease” with gene therapy

A rare genetic disorder that deactivates the immune system of baby boys may have been cured.

Scientists announced that an experimental gene therapy may have cured babies of a rare genetic disorder, commonly known as “bubble boy disease,” which causes male babies to be born with little or no immune system.

The genetic disorder called X-linked severe combined immunodeficiency (XSCID) and colloquially referred to as “bubble boy” disease, is caused by mutations in a gene on the X chromosome called IL2RG. The mutation causes male babies to be born without the capability of producing immune cells, making those affected highly susceptible to life-threatening infections by viruses, bacteria, and fungi. Even catching a common cold can be fatal. Unless properly diagnosed and placed in a sterile environment, most individuals born with XSCID die within 2 years.

The rare condition that affects only 40 to 100 babies each year in the United States became widely known to the public from news and a 1980s movie about David, nicknamed the Boy in the Bubble. After David’s brother died of the same disease, doctors placed him in a plastic isolation unit that sheltered him from the outside world. He basically lived in a plastic bubble for nearly 13 years until he died in 1984 following an unsuccessful bone marrow transplant — at the time, his only chance at restarting his immune system. 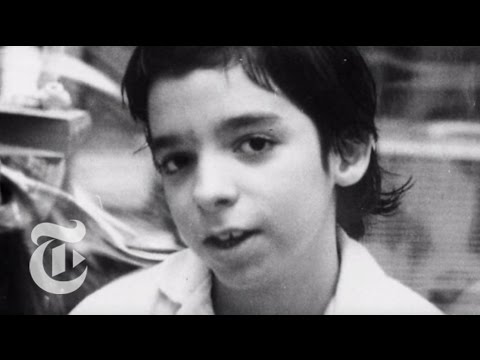 Bone marrow transplant is still the most effective therapy for XSCID, however, the procedure is risky and requires a match from a sibling. In 1990, a form of SCID became the first human disease treated by gene therapy when scientists transferred a normal gene into the defective white blood cells of two young girls. These patients are still alive today and continue to participate in on-going studies. However, XSCID, the version that only affects males, has proved a lot more difficult to treat — until now.

Researchers at St. Jude Children’s Research Hospital and the National Institute of Health (NIH) performed an experimental therapy on 8 children, aged 2 months to 14 months, who could not find a donor match for their bone marrow transplant. The research team engineered a lentivirus vector from a de-activated HIV virus, which also included insulators that blocked the activation of certain genes in order to prevent leukaemia — a side effect of a previous gene therapy experiment. Bone marrow was collected from the infants, which then received 2 days of low-dose busulfan chemotherapy in order to make space for new cells to grow. The bone marrow with the engineered virus was then reinfused into the baby boys.

Within 3 months, immune cells were present in the blood of all but one patient, which had to undergo a second dose of therapy. All three main types of immune cells (T-Cells, B-cells, and natural killer cells) were produced. What’s more, most patients responded to vaccination and now seem to be living a normal life.

“A diagnosis of X-linked severe combined immunodeficiency can be traumatic for families,” said Anthony S. Fauci, director of National Institute of Health (NIH)’s National Institute of Allergy and Infectious Diseases (NIAID). “These exciting new results suggest that gene therapy may be an effective treatment option for infants with this extremely serious condition, particularly those who lack an optimal donor for stem cell transplant. This advance offers them the hope of developing a wholly functional immune system and the chance to live a full, healthy life.”

Although it may be still early to claim that this procedure is a cure, the fact that all three types of immune cells were restored suggests that this may be the case. It has now been more than two and a half years since the treatment began and there is no indication of leukaemia in the patients. The researchers are now still closely monitoring the children to see how durable the treatment is and to catch any signs of long-term side effects.

“The broad scope of immune function that our gene therapy approach has restored to infants with X-SCID — as well as to older children and young adults in our study at NIH — is unprecedented,” said Harry Malech, chief of the Genetic Immunotherapy Section in NIAID’s Laboratory of Clinical Immunology and Microbiology. “These encouraging results would not have been possible without the efforts of my good friend and collaborator, the late Brian Sorrentino, who was instrumental in developing this treatment and bringing it into clinical trials.”

The researchers at St. Jude say they might use the same strategy for other genetic disorders, such as sickle cell disease.