One of the world's most fascinating tiny creature may be threatened by chemicals from marine plastic debris.

by Tibi Puiu
in Biology, News, Pollution
Reading Time: 3 mins read
A A

A new study suggests that the most abundant photosynthetic organism on Earth — which plays a major role in the global oxygen production, carbon fixation, and biogeochemical cycling — may be negatively impacted by plastic leachates.

Plastic debris is a growing problem for marine ecosystems, threatening countless species. Most of our attention is focused on larger species such as turtles or marine birds which can choke on or get entangled in plastic bags. However, not much is know about the effects plastic pollution has on the tiniest, but also the most numerous organisms in the ocean: phytoplankton.

Prochlorococcus was discovered in 1986 by Sallie (Penny) Chisholm of the Massachusetts Institute of Technology and Robert J. Olson of the Woods Hole Oceanographic Institution. These are one of the smallest types of marine bacteria in the world’s oceans. They’re also the most numerous photosynthetic cells in the ocean, with an estimated population of approximately 10^27 cells. 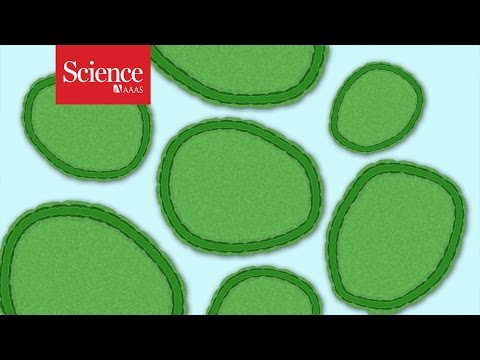 HDPE and PVC exposure also caused clear declines in oxygen production rates. What’s more, the transcription of up to 500 bacterial genes was also altered as a result of coming into contact with the leachates.

“Exposure to both leachates led to increased transcription of common stress response genes,” the authors reported in the journal Nature.

Of the two leachates, PVC was found to produce by far the worst effects. This may be explained by the relatively larger proportion of additives used in PVC manufacturing, including plasticizers, heat stabilizers, and biocides.

These concerning findings suggest that plastic pollution may severely impact the photosynthetic bacteria’s ability to fixate carbon, harvest light, and produce oxygen. Studies in the future might answer how Prochlorococcus respond to real-life conditions in the ocean, where leachate concentrations are likely much lower than the dilutions tested in this study. In all likelihood, this cyanobacteria is not seriously threatened — not yet, at least. As more and more plastic is being produced and subsequently dumped into waterways, this could easily become a major problem.