The buzz of the ocean.

by Tibi Puiu
in Animals, Biology, News
Reading Time: 2 mins read
A A

Bees and flowers have a special, mutually beneficial relationship. As they hurry from flower to flower, munching on their nectar, bees also capture pollen on their bodies which they then disperse as they travel to other flowers. This works incredibly well and a world without bees could spell a disaster for biodiversity and global food security. Surprisingly, for the first time, a group of researchers found that such a relationship exists underwater as well where some crustacean pollinate the turtle seagrass (Thalassia testudinum). Essentially, these are the bees of the ocean.

Researchers from the National Autonomous University of Mexico have been closely monitoring invertebrates, mostly small crustaceans, as they visited aquatic flowers. Since 2009, thousands of hours of footage has been gathered — footage which clearly shows the crustacean are behaving like pollinators. This is completely revolutionary and unwitnessed until now — it’s called zoobenthophilous pollination.

“With this experimental evidence we demonstrate that marine invertebrates are pollinators of T. testudinum,” write the researchers in Nature Communications, “revoking the paradigm that pollen in the sea is transported only by water.”

Everybody used to think aquatic plants get pollinated by water currents. This is still true but no longer the sole pollinating mechanism.

To prove the tiny crustacean are pollinating and not merely feeding on the grasses, the team led by Brigitta van Tussenbroek inserted various crustacean in aquarium tanks containing male and female turtle-grass flowers, some of which already sported pollen grains. Within only a quarter hour, female blossoms had several extra grains of pollen on them, as reported in Nature Communications. In contrast, control tanks which didn’t contain any invertebrates had no extra pollen.

“That pollination by animals can occur adds an entirely new level of complexity to the system, and describes a very interesting plant-animal interaction that hasn’t really fully been described before,” says Kelly Darnell at The Water Institute of the Gulf, a non-profit research group in Baton Rouge, Louisiana.

Turtle-grass provides food and a habitat for many marine species and it seems likely the invertebrates are attracted by the female flowers of the grass. So far, the pollinating behaviour has only involved turtle-grass but it could be other aquatic plant species are pollinated by the various marine species lurking inside them.

Seagrasses are one of the most rapidly declining ecosystems on Earth. These underwater marine coastal plants are losing 7% of their known area per year. To counter this alarming loss, scientists need to know everything they can about seagrasses, including their reproduction. 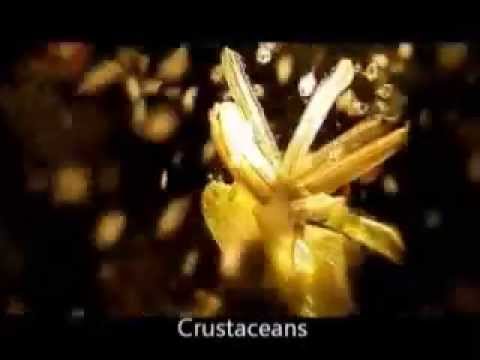