Masaya Nakamura, the “father of Pac-Man” dies at age 91

His work touched millions of lives.

by Alexandru Micu
in News
Reading Time: 2 mins read
A A
Share on FacebookShare on TwitterSubmit to Reddit

Toy and game software company Bandai Namco Holdings announced on Monday that its founder Masaya Nakamura, the man behind Pac-Man, has died on Jan. 22 at the age of 91. Bandai Namco’s statement gave no further details regarding the cause of death. 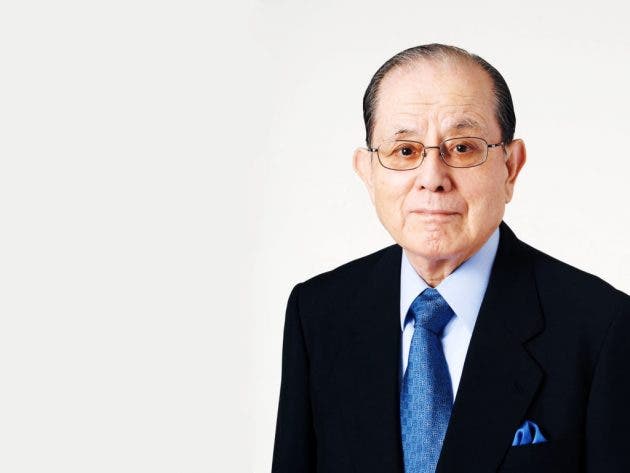 If you’re into games today, Nakamura is one of the people who made it happen for you. A ship-building graduate at the Yokohama Institute of Technology in 1948, Nakamura got into the amusement ride business in 1955 as the country’s economy recovered after WW2. He started with two rocking horses on the roof of a department store in Yokohama, southwest of Tokyo. The rides were hugely popular, and were later installed throughout the country.

But it wasn’t kiddie rides that he made history with — it was video games. He understood their huge potential, so in 1970 Nakamura hired a bunch of software engineers, bought Atari’s Japanese branch, and turned Namco’s hand to making video games.

Ten years later, the company would release the highest-grossing arcade game ($7.68 billion adjusted for inflation in 2016) of all time: Pac-Man. The public loved it. So much so that the Guinness Book of World Records to named it the world’s most successful arcade game at the time.

Nakamura’s work made him into one of the pillars of Japanese and international gaming industries. After Pac-Man, he heavily developed and invested in hand-held and console systems — he’s one of the people without whom you wouldn’t have the old Pokemon Nintendo, or toady’s triple A shooters on consoles.

In 2005, when Namco merged with Bandai, Nakamura took up the honorary position of top adviser for the holding company. In 2007, he was awarded the Order of the Rising Sun, Gold Rays with Rosette — the highest honor the Japanese government bestows upon a civilian — for his contribution to Japanese industry.

The company’s statement requested respect for his family’s privacy. Nakamura’s funeral and wake were held privately, with Bandai Namko planning to offer a separate memorial service for the public.