Could you survive the Home Alone booby traps?

Kevin is a menace and should belong in prison.

by Tibi Puiu
in News, Videos
Reading Time: 2 mins read
A A

Christmas is right around the corner and we all know what this means: Home Alone re-runs. If you’ve been living under a rock for the past 20 years and don’t know the movie, here’s a brief synopsis — Kevin McCallister is a psychopathic eight-year-old bent on destruction who takes joy out of designing potentially fatal booby traps. Kevin’s parents are petrified and decide to ditch Kevin on Christmas and get the hell out of Dodge so they have some time to think about what to do about him next. They have this lame excuse that they somehow ‘forgot about him’. Kevin doesn’t mind that much, being a psycho and all. Meanwhile, two stooges get the bright idea to rob Kevin’s home. It doesn’t end too well for the two burglars as they’re met by an onslaught of traps designed to inflict pain.

According to the YouTubers from the Vsauce team, the producers of Home Alone were especially lenient with what the public was allowed to see. After they  recreated the McCallister home and some of the most memorable boobytraps, Vsauce found these were a lot more frightening than people thought. Apparently, the swinging paint can trick would have easily broken both Wet Bandits neck, killing them instantly; the hot doorknob trap could have set fire to the home (good job, Kevin…), and Harry’s crowbar to the chest would have punctured his lungs and heart. In other words, if Home Alone used realistic physics and forensics, Kevin would have been a first-degree murderer. Home Alone 2 should have been about Kevin in Juvie.

What do you think? 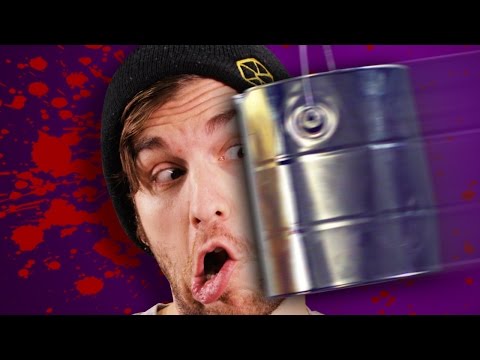