The Universe is expanding — gravitational waves could show us how fast

A massive breakthrough in astrophysics might enable us to finally determine the rate at which the universe expands.

by Tibi Puiu
in Astrophysics, News, Space
A A

Gravitational waves, which were first detected only two years ago, could help astronomers come up with a much more precise value for the universe’s rate of expansion. According to researchers at the University of Chicago, an accurate estimate using this method could be developed within five to ten years.

In 1929, Edwin Hubble shook the world of astronomy after his observations proved that the universe was not static but that rather it is in a constant state of expansion. Not only this but the rate of expansion is accelerating — the farther away an object is, the faster it will recede from our vantage point. This insight underpins much of modern cosmology and without the notion of an expanding universe, there could be no such thing as the Big Bang theory, for instance.

Yet pinning down the exact rate of expansion, the so-called Hubble constant, has proven challenging work even with today’s modern instruments and techniques, almost a century after Hubble made his groundbreaking discovery.

Astronomers employ two very different methods to calculate the Hubble constant: one involves recording the distance to a faraway object (such as a bright quasar) and how fast it is moving away from us. This second quantity is relatively easy to determine since light increases its wavelength due to universal expansion, shifting into the red part of the spectrum as it recedes — this is the so-called the Doppler effect.

However, measuring distance is much more prone to error because there are many steps where assumptions and approximations are made along the way. Simply put, if you keep rounding up at every step, the minor errors add up and you can eventually end up with a significant error for the final value.

The second approach to computing the Hubble constant is studying the cosmic microwave background radiation — the leftover radiation from the Big Bang, or the time when the universe began, which is still detectable. This method too relies on certain assumptions about how the universe works.

The problem is, when you compare the two, you don’t end up with a similar result.

What you get when you compare the results of the two methods is a 10% difference in value. That’s far too much of a discrepancy, which is why many astrophysicists are on the lookout for a novel method that might come up with a more precise value for the Hubble constant. 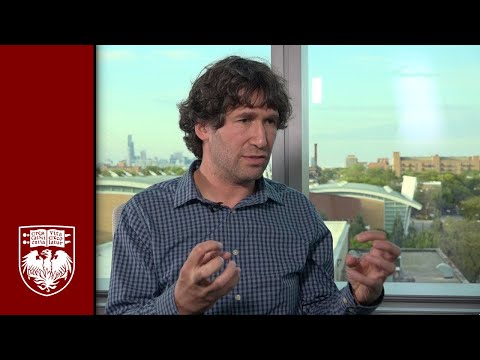 Daniel Holz, a University of Chicago professor in physics, and colleagues may just have found the golden ticket. By combining observations of gravitational waves, such as those produced by the collision of two stars, and the light emitted in the aftermath of the collision, the scientists say that it is possible to calculate the Hubble constant in a completely new way.

“The Hubble constant tells you the size and the age of the universe; it’s been a holy grail since the birth of cosmology. Calculating this with gravitational waves could give us an entirely new perspective on the universe,” said Holz in a statement. “The question is: When does it become game-changing for cosmology?”

The ripples of an expanding universe 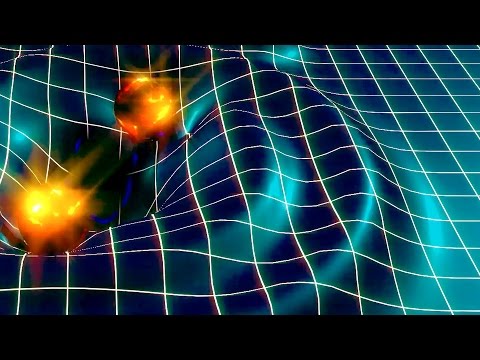 The existence of gravitational waves, which were first predicted by Einstein’s Theory of General Relativity about a hundred years ago, was confirmed only recently. The event was recorded by the Laser Interferometer Gravitational-Wave Observatory (LIGO), whose founders were awarded the Nobel Prize in Physics for this achievement.

Gravity waves are essentially ripples in the fabric of spacetime which are generated by interactions between very massive accelerating cosmic objects, such as neutron stars or black holes. In many ways, gravity waves are not all that different from the waves generated when a stone is thrown into a pond.

LIGO was founded in 1992, so it took them 25 years to prove the existence of gravity waves, because detecting a gravity wave relies on extreme precision. Scientists had to measure a distance change 1,000 times smaller than the width of a proton using interferometers, which are basically mirrors placed 4 kilometers apart.

The first detection of a gravitational wave occurred on September 14, 2015, and was produced by the collision of two black holes — an event which was announced on February 11, 2016. Since then, scientists have observed a number of other events, including gravitational waves produced by the merger of two neutron stars. This was the first time signals originating from the same source were detected with both traditional telescopes that detect light, and gravitational wave detectors that sense wrinkles in the fabric of space-time.

The remarkable discovery also enabled the University of Chicago team of researchers to devise their novel method. By measuring the signal emitted by colliding stars, scientists can get a signature of their mass and energy. When they compare this reading with the strength of the gravitational waves, they can infer how far away it is.

Holz says that this method involves fewer assumptions about the universe, which would make the computer Hubble constant more precise. The only important variable that affects the precision of the measurement is how often scientists can record gravitational wave. Holz and colleagues estimate that detecting 25 readings from neutron star collisions could enable them to measure the expansion of the universe with a 3% accuracy. At 200 readings, the error narrows down to only 1% — and this all might take only a couple of years, the authors reported in the journal Nature.

“With the collision we saw last year, we got lucky—it was close to us, so it was relatively easy to find and analyze,” said Maya Fishbach, a UChicago graduate student and the other author on the paper. “Future detections will be much farther away, but once we get the next generation of telescopes, we should be able to find counterparts for these distant detections as well.”

“It’s only going to get more interesting from here,” Holz said.