We thought the Milky Way was special. Now, scientists have found a glitch elsewhere which challenges established physics.

Astronomers are puzzled by a handful of dwarf galaxies that revolve around a larger elliptical galaxy called Centaurus A in a peculiar fashion.

This model is our best interpretation so far of the origin, evolution, and behavior of the known universe around us, from the Big Bang to present day. The motion of Centaurus A’s galactic satellites might leave scientists scrambling for a new model that fits with the observations.

Less massive objects are always attracted by more massive ones — such is the nature of the universe, as spurred by the force of gravity. The moon gravitates around Earth, which revolves around the sun, which in turn revolves around the Milky Way’s center of mass, corresponding to a supermassive black hole. Also revolving around the Milky Way are other, smaller galaxies called satellite galaxies. Scientists have always found it odd that our galaxy, the spiral-armed Milky Way, has several satellites that orbit in a flat plane, just like planets behave in a solar system, rather than exhibiting a random, spherical distribution as the λCDM predicts. The same has been observed in the nearby Andromeda galaxy whose satellites are also arrayed in a flat plane.

Previously, scientists have always shrugged off these surprising patterns as statistical anomalies. But the latest detailed observations of Centaurus A and its satellites add another exception to the rule. According to an international team of researchers, 14 out of the 16 satellite galaxies orbit their larger host galaxy together in the same plane. With so much evidence piling up, it’s hard to ignore the observation and discard it as a mere glitch in the matrix.

There are some ideas that might explain what the scientists are seeing. Just like the moon’s gravity leads to tides here on Earth, so can the gravity of a larger galaxy rip out stars and gas from another galaxy. Due to this interaction, it may be possible that some dwarf galaxies orbit the larger ones in a flat planet and along the same direction.

It’s not at all clear at this point, however, how stable tidal dwarf galaxies are. Without this information, it’s difficult to come to a reasonable interpretation, especially considering that the λCDM hinges on the assumption that dwarf galaxies are the building blocks of the known universe. These were the very first galaxies ever, which then merged to form larger ones, such as the Milky Way.

Another hypothesis is that, as the λCDM model implies, dark matter filaments that shape the arrangement of galaxies can be as long as 10 to 20 times the distance from Earth to Centaurus A. That’s mind-boggling scale of dark matter distribution might be what’s causing this planar structure like the one scientists are observing now. 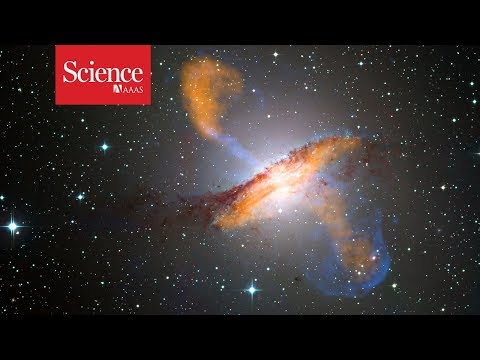 According to model simulations with dark matter, however, only half a percent of satellite systems in the local universe at most should behave this way. But what astronomers are seeing can’t be any coincidence.

“Coherent movement seems to be a universal phenomenon that demands new explanations,” says Oliver Müller, an astronomer at the University of Basel’s Department of Physics and co-author of the new study published in Science.

While the new data is contradicting the λCDM, that doesn’t mean that the model is done for. So much about everything else scientists are tracking in the universe works within the boundary of the standard cosmological model that it would be quite foolish to discard it at the first bumps in the road. It will take far more contradictory evidence before scientists start looking for an alternative. The upcoming James Webb Space Telescope will help astronomers study more galaxies and their satellites, data that will help scientists draw better conclusions.

“At worst, we improve our understanding of galaxy formation; at best, we are led to a deeper understanding of the laws of physics,”  said astrophysicist Mike Boylan-Kolchin of the University of Texas, who commented on the study for Ars Technica. “The distribution of satellites around nearby galaxies does not yet rise to the level of a crisis driving us to a new understanding, but the results of Müller et al. raise the stakes.”