The Deepwater Horizon oil spill was 8 years ago. The ocean is still struggling to recover

The damage is still going.

Eight years ago, mankind created one of the biggest environmental disasters in history. The Deepwater Horizon oil spill led to the discharge of 4.9 million barrels (210 million US gal; 780,000 m3) of oil, and nature still hasn’t recovered, a new study has found.

The spill area hosts 8,332 species, all of which are threatened by the hydrocarbon leaks. A 2014 study of the effects of the oil spill on bluefin tuna found that toxins from oil spills can cause irregular heartbeats leading to cardiac arrest. A further study also found that the toxins could severely damage the internal organs of predators and even humans in the area — directly contradicting BP, the oil company responsible for the spill.

To make matters even worse, the oil dispersant Corexit, previously only used as a surface application, was released underwater in unprecedented amounts. The goal was to make oil more easily biodegradable, but the plan backfired as the oil and dispersant mixture permeated the food chain through zooplankton — from which it proceeded to spread across the entire ecosystem. Chemicals from the spill were found in migratory birds as far away as Minnesota, with a devastating effect on marine wildlife. A 2016 study reported that 88% of 360 baby or stillborn dolphins within the spill area “had abnormal or underdeveloped lungs”, compared to 15% in other areas. 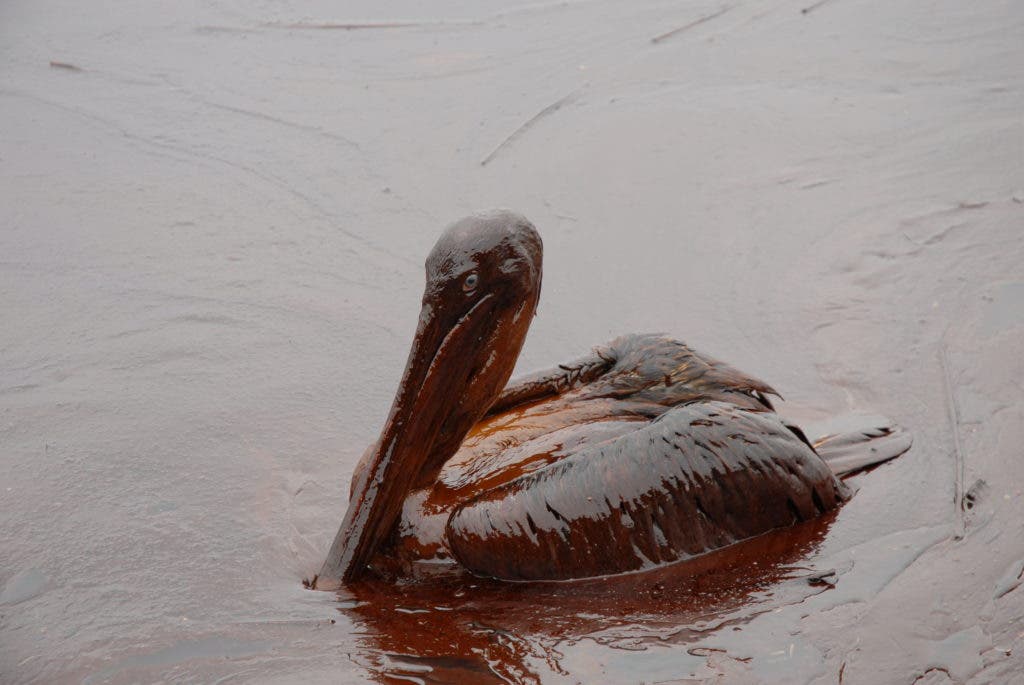 No matter where and how you look, the scale of the disaster is shocking. Alas, it gets even worse: new study found that the basic building blocks of life in the ocean have been altered, indicating that the ocean still hasn’t recovered from the oil spill.

“At the sites closest to the spill, biodiversity was flattened,” study lead author and University of Southern Mississippi microbial ecologist Leila Hamdan told The Guardian. “There were fewer types of microbes. This is a cold, dark environment and anything you put down there will be longer lasting than oil on a beach in Florida. It’s premature to imagine that all the effects of the spill are over and remediated,” she said.

Researchers took sediment samples from shipwrecks scattered up to 150 km (93 miles) from the spill site to study how and if micro-biodiversity has recovered. Shipwrecks are biodiversity hotspots, so it’s a good place to see how life recovered. Researchers wrote:

“More than 2,000 historic shipwrecks spanning 500 years of history, rest on the Gulf of Mexico seafloor. Shipwrecks serve as artificial reefs and hotspots of biodiversity by providing hard substrate, something rare in deep ocean regions. The Deepwater Horizon (DWH) spill discharged crude oil into the deep Gulf. Because of physical, biological, and chemical interactions, DWH oil was deposited on the seafloor, where historic shipwrecks are present. This study examined sediment microbiomes at seven historic shipwrecks.”

Results weren’t encouraging. Microbes are still struggling to recover, and since they are affected, the entire food chain that’s built upon them is also affected. There’s a good chance we have still yet to see all the far-reaching consequences of this event.

“We rely heavily on the ocean and we could be looking at potential effects to the food supply down the road,” she said. “Deep sea microbes regulate carbon in the atmosphere and recycle nutrients. I’m concerned there will be larger consequences from this sort of event.”

The timing of the study is also very fitting — it comes just as a new measure by the Trump administration opens up 90% of U.S. coasts to offshore oil drilling, dismantling ocean conservation measures put in place by former president Barack Obama in the wake of the Deepwater Horizon calamity. This means that this type of disaster will become much more likely in the future, much to the chagrin of scientists and conservationists.