History is riddled with stories about the Crusades — religious wars fought between 1095 and 1291, in which Christian invaders tried to claim the Near East. The Crusaders are often presented as a singular, unitary force, but a new genetic study shows quite the contrary. Crusaders came from many parts of the world and often intermixed with the locals. 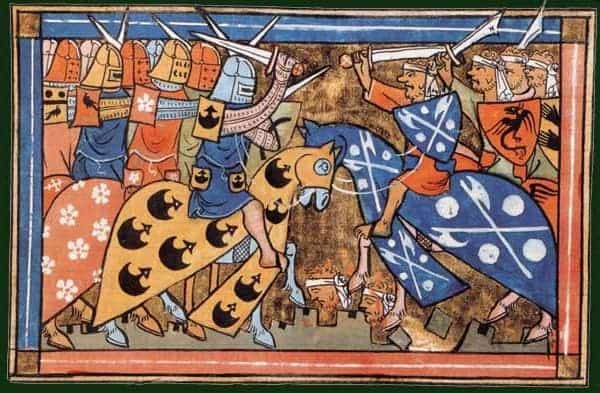 A team of researchers analyzed 25 individuals whose remains were found in a burial pit near a Crusader castle near Sidon, Lebanon — warriors who fought and perished in the 1200s. The team conducted genetic analyses of the remains and were able to sequence the DNA of nine Crusaders, revealing that three were Europeans, four were Near Easterners, and two individuals had mixed genetic ancestry.

“We know that Richard the Lionheart went to fight in the Crusades, but we don’t know much about the ordinary soldiers who lived and died there, and these ancient samples give us insights into that,” says senior author Chris Tyler-Smith, a genetics researcher at the Wellcome Sanger Institute.

In a way, the Crusades resembled a mass migration. Armies went there to make war, but they also made love, and many soldiers settled down. History remembers the names of the armies’ leaders, but the vast majority of the footmen remain unknown. This helps to at least show what kinds of people went to fight in these wars.

But things were not rosy during the Crusades. Researchers also discovered an isolated skull in the area, which they believe was used as a projectile — catapulted into the opposition’s camp to destroy morale and spread disease.

Ultimately, however, despite evidence for many crusaders settling down in Lebanon, their genetic infiltration was short-lived.

“The Crusaders travelled to the near East and had relationships with the local people, with their sons later joining to fight their cause. However, after the fighting had finished, the mixed generation married into the local population and the genetic traces of the Crusaders were quickly lost.”

The Crusades were a series of religious wars directed by the Latin Church during the medieval period. The most commonly known Crusades are the campaigns in the Eastern Mediterranean aimed at recovering the Holy Land (areas around Israel and Palestine). Officially, these wars were fought to suppress paganism and heresy, though, in practice, the reasons for fighting were numerous, and included political and territorial motivations. The Crusaders had mixed results. The first crusade (1095–1099) was a stellar success, with the Christian soldiers winning battle after battle despite overwhelming odds. The second one, carried some 50 years later, led to the formation of a Crusader state, but ended in a total disaster. The third crusade, led by Richard III, had mixed results. However, the Fourth Crusade ended with the sacking the city of Constantinople (Istanbul), earning the Crusaders an excommunication.