Seeds -- the tiny bunkers of life.

by Alexandru Micu
in Biology, News, Science, Space
A A

Morning glory (family Convolvulaceae) seeds can survive through ridiculously high doses of UV radiation, a new study found, making them ideally suited for future colonies on high-UV planets such as Mars. They’re so good at it that these seeds might even survive the trip between planets unprotected — lending more confidence to the theory of panspermia. 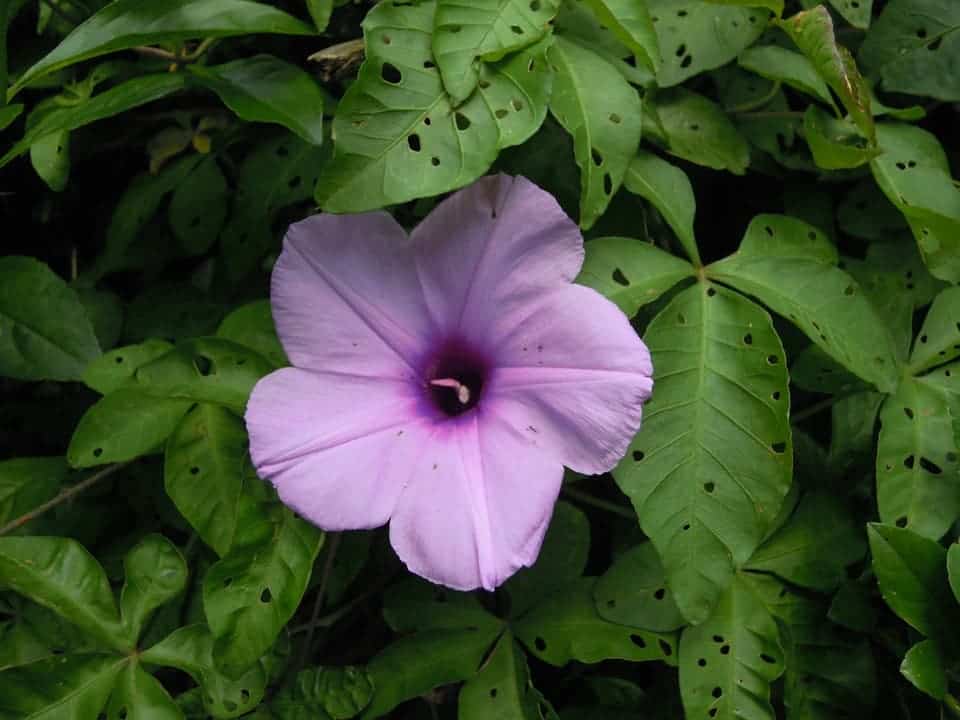 Give or take one decade ago, astronauts onboard the ISS placed about 2000 tobacco plant (genus Nicotiana) and arabidopsis (Arabidopsis thaliana) seeds on the outside of the station, then went about their business for 558 and 682 days. The plan was to see what effects long-term exposure to UV light, cosmic radiation, and the extreme temperature fluctuations out there would have on the tiny seeds. Since any of these factors on its own is lethal to most life as we know it, the general expectation was that they would die off.

But at the end of the experiment in 2009, when the seeds were brought back down to Earth and planted, 20% of them germinated and grew into normal, healthy-looking plants. Which was surprising, to say the least. Now, 10 years after the experiment, an international team of researchers is trying to understand why.

“Seeds are ideally suited to storing life,” says David Tepfer, an emeritus plant biologist at the Palace of Versailles Research Center of the National Institute for Agronomic Research in France.

Together with Sydney Leach, an emeritus physicist at Paris-Meudon Observatory in France, Tepfer took a closer look at the DNA of some of these space-traveling seeds that didn’t make it to the germination trials. They were looking for a short section of genetic code which had been spliced into the seeds’ genome before their space journey. This bit of code was meant to act as an overall indicator of the exposed DNA’s level of damage, and the team found degradation both on it and the seeds’ genome. It’s possible that under the harsh conditions of space, distinct bits of the DNA were chemically fused like a stack of CDs melted together. The information stored in the DNA couldn’t be read afterward, inactivating the whole strand.

Still, one issue remained unaddressed. Given the inherent space constraints and transportation difficulties, the duo had to work with small seeds for the space tests “but small seeds are generally not capable of long-term survival in the soil,” the team writes. To see what the limitations of larger seeds were, the team performed a follow-up lab experiment with three types of seeds — tobacco and arabidopsis as a control sample and morning glory seeds “for their larger size, tougher seed coats, and longevity in the soil.” They then blasted these seeds with a huge amount of radiation — roughly 6 million times as much UV as is typically used to purge drinking water of any pathogens. The tobacco and arabidopsis seeds didn’t make it, but morning glory seeds germinated normally after the exposure.

The team writes that their survival likely comes down to a protective layer coating the morning glory seeds, which contains flavonoids (compounds commonly found in wine and tea that act as natural sunscreens) and insulates them from the brunt of UV radiation.

Barricaded behind these flavonoids, seeds could slumber their way from one planet to the next and, assuming they don’t burn on reentry or land on a planet where everything is toxic and awful for them, take root and jumpstart life around the Universe — a process known as panspermia. Tepfer also says it’s worth investigating if feeding animals a diet rich in flavonoids can lend them resistance to UV, potentially keeping them safe on interplanetary travels.

Feeding animals a high-flavonoid diet might confer resistance to UV light and make them better suited for interplanetary travel, Tepfer suggests. “They might become more ultraviolet-resistant,” he says. “Red wine or green tea, anyone?”

The paper “Survival and DNA Damage in Plant Seeds Exposed for 558 and 682 Days outside the International Space Station” has been published in the journal Astrobiology.