Progress in meningitis lags behind other preventable diseases

by Melvin Sanicas
in Health & Medicine, Mind & Brain, Science
A A

The global disease burden of meningitis remains unacceptably high, and progress lags behind that of other vaccine-preventable diseases, according to a new analysis published in The Lancet Neurology. Increased awareness of the disease, wider protection and improved diagnosis and treatment needed to control cases of meningitis.

The Institute for Health Metrics and Evaluation (IHME) Global Burden of Disease study showed that deaths from meningitis were reduced by 21% globally between 1990—2016, while other vaccine-preventable diseases saw more significant declines: measles (93.0%), (tetanus) 90.7%, and diarrhea due to rotavirus (57.9%). The number of actual cases of meningitis increased during that time period, from 2.5 million in 1990 to 2.82 million in 2016, due to increased population size.

The highest concentration of cases and deaths from meningitis was found in the sub-Saharan African countries that are collectively known as the “meningitis belt”. This is despite huge progress in reducing meningococcal group A disease by 99% in the meningitis belt through the MenAfriVac vaccination programme. This region is not only prone to meningitis but also very prone to epidemics such as malaria. The “belt”, with an estimated 300 million people in its total area, consists of the Gambia and Senegal in the west to Ethiopia and Eritrea in the east.

IHME’s Professor Nicholas J. Kassebaum, commented, “Declines in the incidence and mortality of meningitis have lagged far behind those of other vaccine-preventable diseases, such as diarrhea and lower respiratory infections. It is likely that the growing number of meningitis survivors with lifelong disabilities are living in communities without the resources or programs to support them.”

Linda Glennie from the Meningitis Research Foundation said, “This research shows that a huge number of people are still being affected by this dreadful disease. Vaccination is the only way to prevent meningitis and despite major progress over the last 20 years, large epidemics have occurred recently showing again that meningitis is very far from being defeated.” 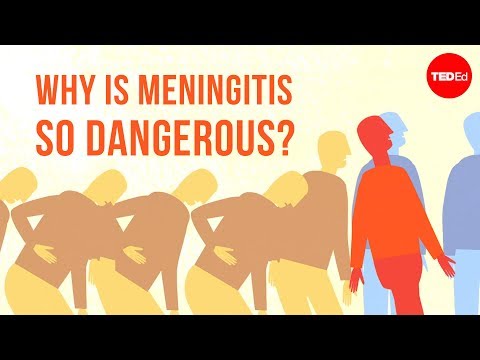 Bacterial meningitis is a deadly disease that strikes without warning and can leave survivors with lifelong after effects as serious as deafness, blindness and brain damage. Meningitis burden remains high and progress lags substantially behind that of other vaccine-preventable diseases. More effort should be given to developing vaccines with broader coverage against the causes of meningitis and making these vaccines affordable in the most affected countries to improve vaccine uptake. There is also a need to improve access to low-cost diagnostics and therapeutics, and create a better support infrastructure for disabled survivors. Ongoing surveillance of the specific types of bacteria causing meningitis is also crucial to monitor meningitis burdens and trends worldwide.

Learn more about bacterial meningitis from this introduction course by the World Health Organization (WHO).