It's not who you think it is.

It’s probably not who you think it is – but this small guy casts a big shadow. 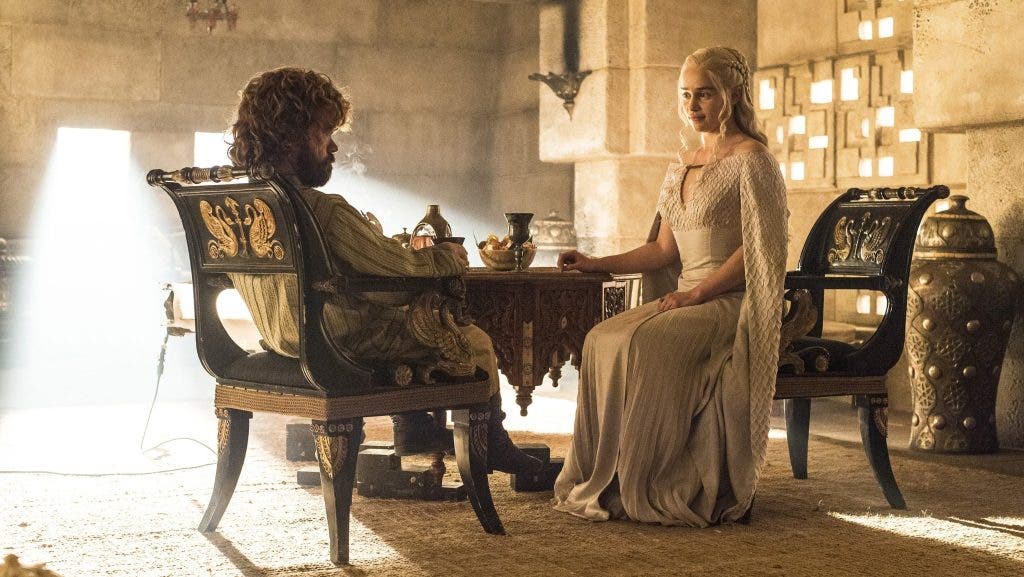 The books by George Martin and HBO’s subsequent series adaptation have stolen our hearts. Game of Thrones has become one of the most popular series of all time, with millions of people eagerly awaiting to see the developments of the new season. The narrative has several innovative features, including several major plot line, with numerous character arcs and intricate relationships. Most of the time, you can’t really tell who or what the story is about, because there’s just so much going on. With that in mind, two mathematicians, Andrew Beveridge and Jie Shan conducted a network analysis of the characters to see who stands out the most. Three characters stand out: 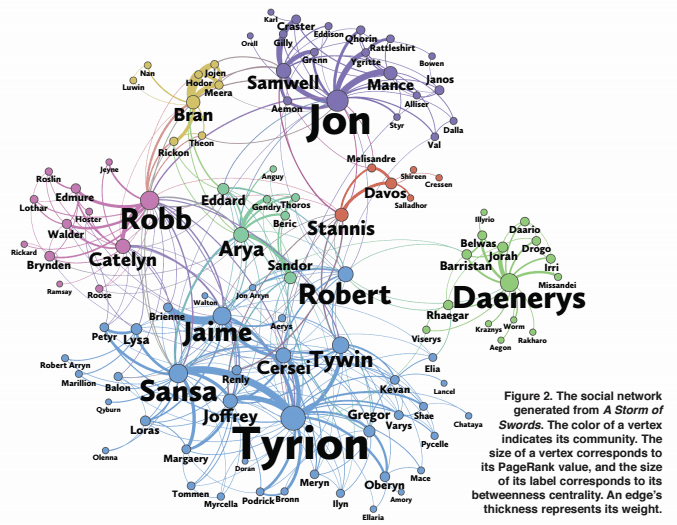 This in itself is a bit surprising. Jon is regarded by most people as the main character, despite his… let’s say precarious situation at the end of the last season. Tyrion is also well connected, but Sansa came as quite a surprise. Other fan favorites like Arya or Daenerys are a bit isolated from the main action, so they can’t be regarded as the main ones. So, who’s the main character after all?

“Acting as the Hand of the King, Tyrion is thrust into the center of the political machinations of the capitol city. Our analysis suggests that he is the true protagonist of the book. Meanwhile, Jon Snow is uniquely positioned in the network, with connections to highborn lords, the Night’s Watch militia, and the savage wildlings beyond the Wall. The real surprise may be the prominence of Sansa Stark, a de facto captive in King’s Landing. However, other players are aware of her value as a Stark heir and they repeatedly use her as a pawn in their plays for power. If she can develop her cunning, then she can capitalize on her network importance to dramatic effect.”

Now, for those of you who only watched the series, it has to be said that this study was conducted based only on the books – on the third book, to be more precise (A Storm of Swords). The action in the series has been slowly but surely diverging from that in the books, so the same might not stand for the series.

They laid out a diagram of how all the characters in the book were connected to each other, and if they were mentioned within 15 words of each other, they’re connected, regardless of how they feel about each other. They then mapped out all the relationships thusly defined, creating a type of “Page Rank“, similar in concept to the one used by Google. The “degree centrality” of the characters was measured based on how many connections they had and how many interactions within those connections. Researchers acknowledge that their work is trivial in purpose, but the technique can be applied in a myriad of other, more important areas.

“We have considered a fanciful application of network science to give an enticing taste of its capabilities. More serious applications abound, and network science promises to be invaluable in understanding our modern networked life.”

Network science is an academic field which studies complex networks… yeah, I know. It basically studies the relationships between things, whether it’s people, money transactions, biological relationships or anything else. It’s a growing field of data science, employing methods and elements from numerous other fields, including graph theory from mathematics, statistical mechanics from physics, data mining and information visualization from computer science, inferential modeling from statistics, and social structure from sociology.

The study was published in the April issue of the Mathematical Association of America’s journal Math Horizons.