by Tibi Puiu
in Remote sensing, Science
Reading Time: 2 mins read
A A
Share on FacebookShare on TwitterSubmit to Reddit 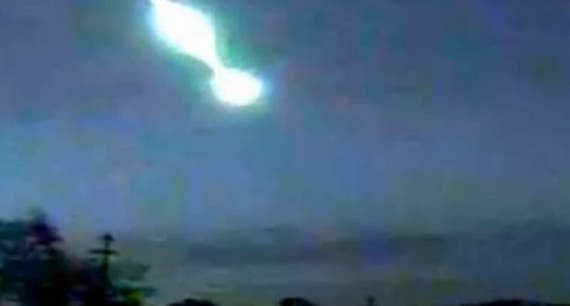 Hope you guys had a fantastic weekend. If the weather was on your side, maybe you even had the chance to catch some flinging meteors from the Geminids.  One such meteor caused a spectacular fireball over Texas on Saturday and luckily the whole dazzling display was caught on tape by a NASA camera.

The object was caught by one of NASA’s Meteoroid Environment Office cameras stationed in Mayhill, New Mexico, some 500 miles west of Houston. Eyewitnesses reported that the object was burning in a variety of colors, blue-green or orange or other colors depending on the person reporting. This discrepancy in reporting was most likely caused by varying local atmospheric conditions. Either way, the fireball was simply massive. The video can be found right below.