It’s been discussed since the 70s – can hydrogen fuel be the much anticipated solution that ends our full dependence on fossil fuels? A team of researchers from Virginia Tech believes the answer is ‘yes’. They found a way to extract large quantities of hydrogen from any plant, bringing low-cost, environmentally friendly hydrogen-based fuel one step closer. 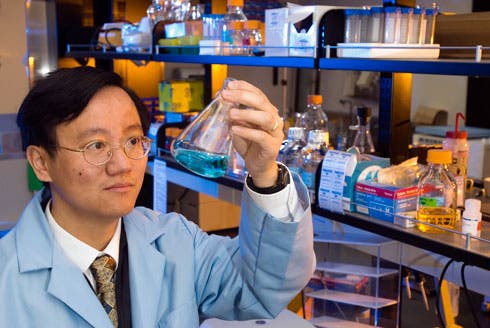 “Our new process could help end our dependence on fossil fuels,” said Y.H. Percival Zhang, an associate professor of biological systems engineering in the College of Agriculture and Life Sciences and the College of Engineering. “Hydrogen is one of the most important biofuels of the future.”

Xylose is the most abundant simple plant sugar found basically in most edible plants. Zhang and his team have succeeded in using xylose to produce a large quantity of hydrogen that previously was attainable only in theory. This method can be applied using any source of biomass.

So we’re looking at a cheap, environmentally friendly method of producing hydrogen utilizing natural resources, releasing almost no greenhouse gases; previous methods which created hydrogen were costly and also produced a significant amount of greenhouse gases. Unlike gas-powered engines that spew out pollutants, the only byproduct of hydrogen fuel is water.

Jonathan R. Mielenz, group leader of the bioscience and technology biosciences division at the Oak Ridge National Laboratory, who is not affiliated with the team said:

“The key to this exciting development is that Zhang is using the second most prevalent sugar in plants to produce this hydrogen,” he said. “This amounts to a significant additional benefit to hydrogen production and it reduces the overall cost of producing hydrogen from biomass.”

What’s really good about this technology is that it could hit the marketplace in no more than 3 years. Zhang believes that when it does become available, it will have a significant impact. 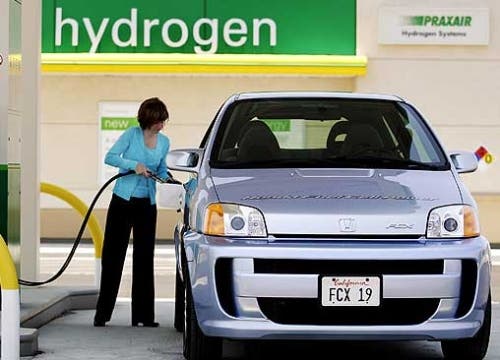 “The potential for profit and environmental benefits are why so many automobile, oil, and energy companies are working on hydrogen fuel cell vehicles as the transportation of the future,” Zhang said. “Many people believe we will enter the hydrogen economy soon, with a market capacity of at least $1 trillion in the United States alone.”

For seven years, Zhang and his team have been working on a non-traditional way to produce high-yield hydrogen at low cost. What they did was to liberate high-purity hydrogen under mild reaction conditions at 122 degree Fahrenheit (50 Celsius) and normal atmospheric pressure. They used a group of enzymes artificially isolated from different high-temperature thriving microorganisms to release the hydrogen.

Currently, most hydrogen is produced from natural gas, which is expensive to manufacture and generates a large amount of the greenhouse gas carbon dioxide – and we’re still talking about $100 billion market. A small part of that hydrogen is actually used for energy, the biggest part going to manufacturing ammonia – but an inexpensive, green technology will almost certainly change that.

“It really doesn’t make sense to use non-renewable natural resources to produce hydrogen,” Zhang said. “We think this discovery is a game-changer in the world of alternative energy.”