Hangovers can feel like you’re still drunk, even with zero alcohol in the blood — and that makes them hugely costly

Hangovers are a lot more dangerous than most people think, say scientists.

When intoxicated, familiar symptoms start to develop: poor attention and memory, poor coordination and balance, trouble speaking properly, etc. But even after alcohol is out of the system, you’re still not off the hook: according to a recent study, even when there’s no longer a drop of alcohol in your blood, alcohol’s effects may persist the following day and threaten safety.

No, it’s not just a hangover

Researchers at the University of Bath performed a review of the current scientific literature to determine the “next‐day effects of heavy alcohol consumption on cognition.” They found that the effects of alcohol last much longer than people think, even after the obvious “hit-by-a-train” hangover passes.

When we drink, the liver immediately starts breaking down alcohol with an enzyme called alcohol dehydrogenase. The alcohol is broken down into a smaller molecule called acetaldehyde which is far more toxic than alcohol itself. Fortunately, the liver enzyme aldehyde dehydrogenase (ALDH) rapidly metabolizes acetaldehyde into acetate, a less toxic compound that breaks down into water and carbon dioxide. However, if you drink too much, the liver’s enzymes don’t have enough time to break down acetaldehyde. It’s this metabolite’s accumulation that triggers liver damage and cancer, not the alcohol itself.

Scientists say that our body can metabolize only so much alcohol during a given time. Beyond that, the acetaldehyde starts accumulating, triggering intoxicating effects on cognition even if alcohol is already long gone from the blood.

Additionally, being a diuretic, alcohol dehydrates the body and flushes essential minerals and nutrients out of the body. Because these take a while to replenish, a post-drunken-haze individual may feel weakened and unproductive.

“Our research shows that hangovers may influence essential cognitive processes which are important for everyday living. We found evidence of impairments in memory (short and long-term), the ability to sustain attention, and psychomotor skills. But performance in some kinds of thought processes – such as the ability to divide attention between tasks – did not show an overall decline following a night of heavy alcohol consumption,” researchers wrote on The Conversation. 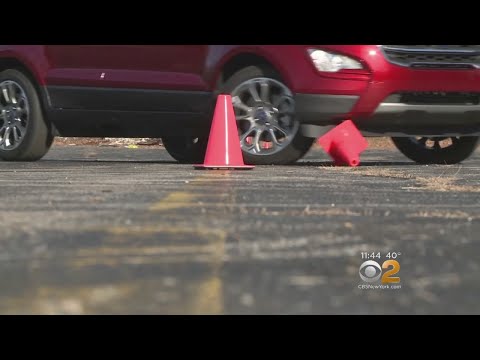 The authors of the new study say that although many companies have strict policies for coming to work under the influence of alcohol, almost no one is considering the effects of being hungover at work. The researchers advise companies to revise these policies in light of these recent findings which suggest performance is significantly reduced while hungover. According to the authors, hangovers cost the British economy almost £2 billion a year in absenteeism and lost productivity.

The researchers found that the ability to multi-task was not affected after a night of drinking, nor was the ability to recall. However, learnings aspects of memory were significantly impaired during a hangover, which is particularly relevant to students — in other words, don’t go out partying before a study day.

On the road, things are even more serious because people’s lives are at risk. Even though there’s no more alcohol on a person’s breath, poorer coordination and reaction time from last night’s drinking can persist. The studies that the researchers evaluated reported that hangover-related driving impairments are the equivalent of having a 0.05 – 0.08% blood alcohol concentration (BAC). In many countries, this is over the legal limit for driving.

In the future, the researchers hope to shed more light on hangovers — an eminently understudied subject — and their effects on the population.

“Understanding these processes could provide insight into why some people decide not to turn up to work with a hangover, or why being hungover is associated with increased conflict with supervisors and colleagues and poorer performance,” the authors concluded.