They used their power for good, not evil.

by Elena Motivans
in Electronics, News, Science, Technology
A A

Although there are laws against using someone’s photo without their permission, it is very hard to enforce them. There are so many different photos on the internet and impossible to sort through them all. One surefire way to prevent illegal reuse is to slap a watermark on. Watermarks are additional features made so that you can preview the photo but are unable to reuse it. To remove the watermark you need to pay for the right to use it or spend a long time editing it out on PhotoShop. Now, researchers at Google found an automated way to easily get rid of watermarks and they also created a defense against it.

Watermarks have complex structures, such as thin lines and shadows that make them particularly tricky to get rid of. A computer has trouble being able to tell which structures are part of the image and which part of the watermark.

The thing about watermarks for large stock websites is that they are all exactly the same. They are usually the same size, opacity, and in the same location. Keeping this in mind, the researchers created an algorithm with a simple image matting model that goes through all the stock photos of a particular company and recognizes the repeating pattern of the watermark. Thus, it can estimate where the watermark is and remove it perfectly. The more photos with the same watermark, the more precise the estimation. This approach only really works with photographs from one provider that has hundreds or thousands of images. 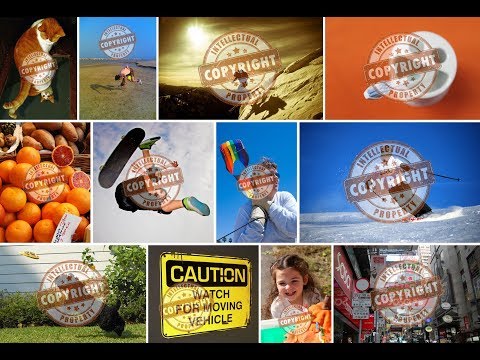 Do not fear, the researchers also invented an easy way that people or companies with watermarked images can use to protect their copyrighted images. The key is to make each watermark slightly unique. The most effective way is to slightly warp the watermark in each image. Then it is pretty much impossible to remove; obvious pieces of the watermark are left behind on the image.

So Google found a weakness that we didn’t even know existed and found a solution for it. Now photographers and photography websites can protect their copyrighted images.