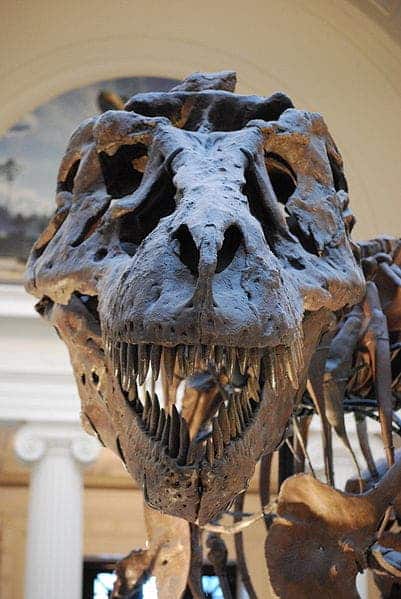 T-Rex, or Tyrannosaurus Rex as it is more formally known is probably the most fascinating dinosaur to ever walk the face of the Earth, at least for most people. He became more famous however due to movies, rather than people taking interest in this fascinating predator. So this post is intended to provide you with as much info and pictures about T Rex as possible. 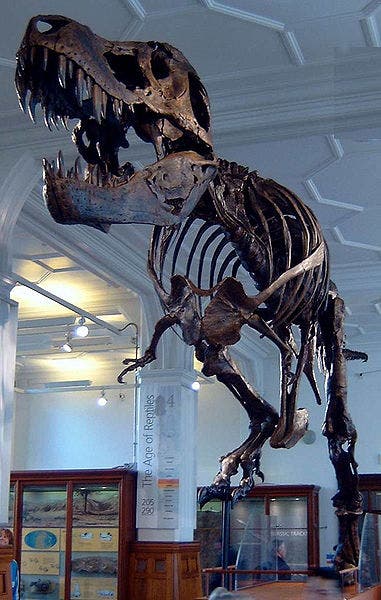 He was indeed a predator, and not a scavanger, as suggested by some researchers, but he wasn’t the biggest carnivore ever; as a matter of fact, he wasn’t even the biggest land predator ever, that honour going to Spinosaurus. An average T-Rex was about 12.5 meters long, 5 meters tall and weighed 6.8 metric tons. Still, size isn’t everything, even if you’re a dinosaur. Everything in Tyrannosaurus Rex is designed specifically for one thing: killing. Its huge head was balanced by a massive tail, and it featured a 1.2 meter jaw that could bite up to 230 kilograms in one bite – that’s about three average men. 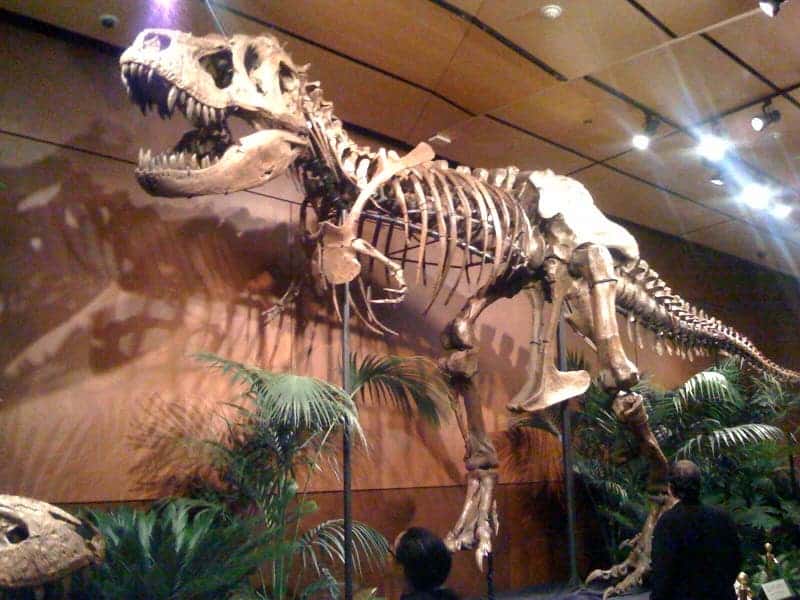 The name, Tyrannosaurus means “tyrant lizard”, in Greek, and Rex means “king” in Latin – and for a good reason; the species managed to thrive while more and more competitors became extinct. However, not even the mighty T Rex could escape the mass extinction that took place 65 million years ago.

More than 30 specimens have been found, some of which are full skeletons, and even have proteins. The teeth are particularly interesting too: they were different in size and shape, with some teeth having a cone form (used for piercing flesh and dealing as much damage as possible), while others were more like “lethal bananas” rather than daggers. The longest T Rex tooth ever to be found measured 30 centimeters, making it the largest tooth in any carnivorous dinosaur ever to be found. 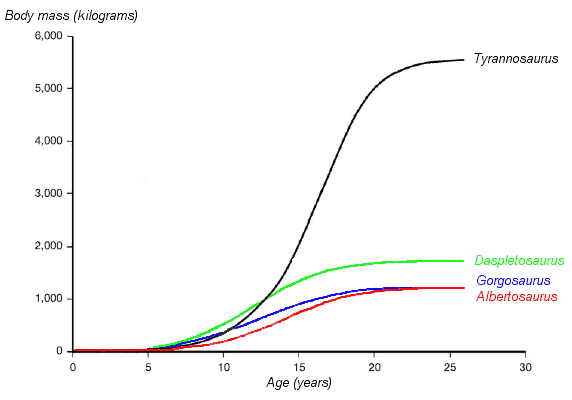 Unlike most dinosaurs, T-Rex had an unusual growth curve, increasing dramatically in weight after the age of 14. Still, his head has the S common to other related dinosaurs. It was historically described as a ‘living tripod’, with the body being at approximately 45 degrees from the vertical, walking on two legs and dragging the tail around, but modern representations show it with its body approximately parallel to the ground and tail extended behind the body to balance the head, which paleontologists believe to be much closer to reality. 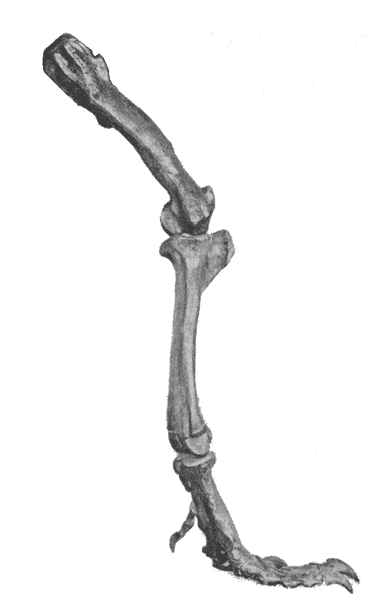 The back legs of Tyrannosaurus Rex are extremely powerful, allowing it to carry massive weights, and run very fast on short distances. The only apparent weakness was its forearms, which are not even long enough to reach its mouth, but they probably could have been used for grabbing prey… or at least pieces of it. It was suggested at some point that T Rex was covered with feathers, or at least some protofeathers, but this theory was proven inaccurate.

All in all, despite not being the biggest, T-Rex was definitely the baddest around, and it definitely deserves the tyrant lizard king title. Hopefully, the media will not disrupt its image from now on, especially because there are still so many things we have yet to understand about this magnificant dinosaur.