Precursor of water found in Moon soil – Sun might be responsible

by Mihai Andrei
in Astrophysics, Geology, Space
A A

A group of researchers from the United States found out that the Moon is covered with a soil containing typical water structure. Weirdly enough, the water substructure packed soil is created by a constant stream of charged particles coming from the sun, according to the team. 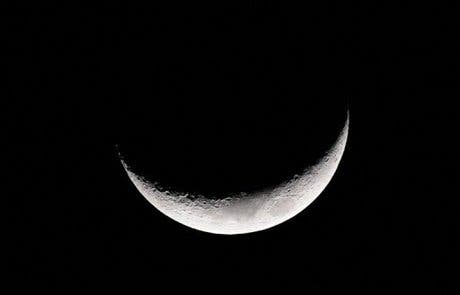 The key is hydroxyl. As you probably know, water typically has 2 Hydrogen atoms and 1 Oxygen atom – H2O; hydroxyl is a precursor of water. Samples returned to Earth by the Apollo missions carry molecules of this precursor, which, according to researchers, developed from a reaction between hydrogen ions in the solar wind.

As Yang Liu at the University of Tennessee explains, the sun was formed 4.5 billion years ago from a cloud of gas; in this reaction, deuterium reacted with hydrogen to form helium. As a result, much unlike other bodies from our solar system, the Sun is deuterium-less. The analyzed hydroxyl samples were also extremely poor in deuterium, which made Liu believe the Sun is the culprit here.

So what does this mean? There is no water in the lunar soil, just a precursor, but this is extremely important, especially for hypothetical future Moon missions.

“Our work shows that the ‘water’ component, the hydroxyl, is widespread in lunar materials, although not in the form of ice or liquid water that can easily be used in a future manned lunar base,” Michigan geological sciences Professor Youxue Zhang said.

So it’s good news, but how the solar hydrogen combined with the oxygen to form hydroxyl is still a matter of scientific debate. However, this doesn’t seem to be a weird or unusual phenomena, so you could probably expect this to take place in other places from our solar system as well – such as Mercury, Vesta, or even Mars.

“A similar mechanism may contribute to hydroxyl on the surfaces of other airless terrestrial bodies where the solar wind directly interacts with the surface,” says the study.

The results were published in Nature Geoscience