A dramatic overnight increase in seismic activity near the Katla volcano in southern Iceland has brought fears of a dramatic eruption, one that would make last year’s massive air-traffic disruption seem like a walk in the park.

“It is definitely showing signs of restlessness,” commented Pall Einarsson, a professor of geophysics at the University of Iceland

Like Eyjafjallajökull, Katla is located on a glacier, but this time, the dimensions vary greatly: we are talking about a caldera of 10 km covered with 200–700 metres of ice. Its last eruption was in 1918, and it was absolutely catastrophic, blocking sunlight across huge areas, destroying plantations and indirectly killing livestock in massive numbers. However, we shouldn’t panic, because even though seismologists explained how increased seismic activity seems to indicate an imminent eruption, there is still a large degree of uncertainty.

“However, given the heightened levels of seismicity”, the Icelandig Meteorological Organization added, “the situation might change abruptly. Monitoring teams at IMO are following the ongoing activity closely, and sensor-based networks around the volcano ensure that all seismological, geodetic, and hydrological changes are detected.” 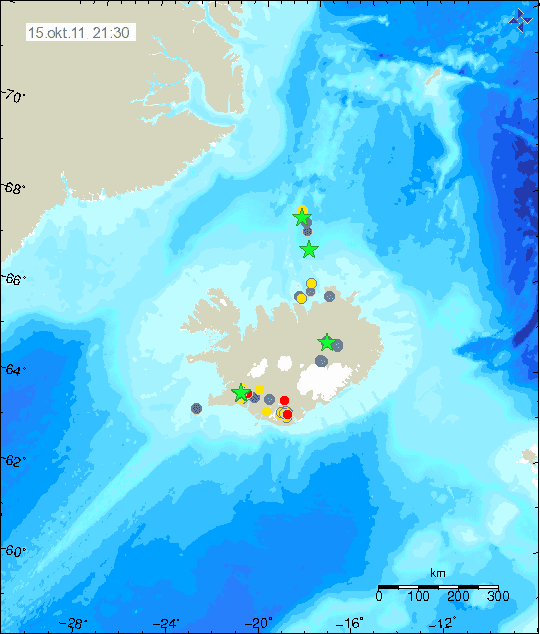 In recent weeks residents of Vik (population 300 approx.), located at the foot of Katla, have participated in emergency evacuation drills in the event of a volcanic eruption and subsequent glacial floods affecting the small coastal town. The thing is, even if an eruption isn’t imminent, it won’t be very long until we have another Icelandic volcano situation on our hands.