If you want to find out if you’re sitting on a gold mine, you should get some termites, a new experiment conducted in Australia suggests – it concluded that termites “mine” and stockpile the precious metal while they’re collecting subterranean material for their nests. 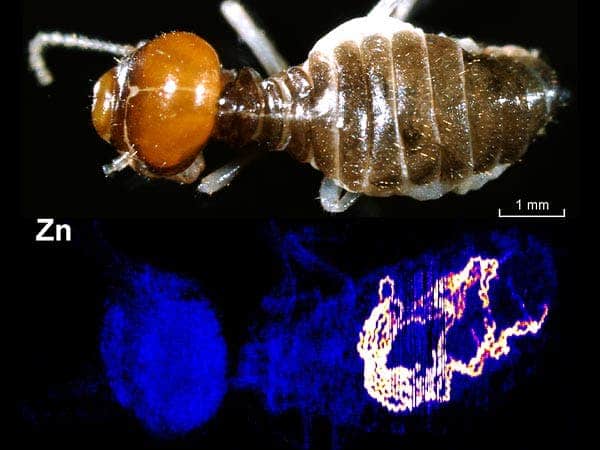 For the study, entomologist Aaron Stewart, with Australia’s Commonwealth Scientific and Industrial Research Organisation, and colleagues analyzed samples from several termites nests and compared them to soil samples taken from different depths.

Then, by using a mass spectrometer, they found a direct correlation between the amount of gold in the termite nest sample and their proximity to the gold source: the ones closer to the deposit had higher concentrations. A mass spectrometer analyzes the chemical make-up of the sample, by measuring the the mass-to-charge ratio of charged particles.

“That social insect colonies can selectively accumulate metals from their environment has been known for some time,” Robert Matthews, a professor emeritus of entomology at the University of Georgia, noted by email. “Some have even suggested that ant and termite nests could be analyzed productively when searching for potential mining sites for precious metals” such as gold, he said.

The thing is, Steward is actually thinking of using termites in gold mining; gold deposits range from several meters under the ground, to several hundreds, or even more.

“Drilling is expensive. If termites can help narrow down the area that needs to be drilled, then exploration companies could save a lot of money.”

This is by far, one of the most creative ideas I’ve ever seen in a while in terms of prospecting and multidisciplinary approach. What do you think, could this work? Could termite nests be used instead of drilling, and even if they could, is this ethical?