GeoPicture of the Week: The Geological map of Mars

by Mihai Andrei
in Geology, News, Space
Reading Time: 2 mins read
A A
Share on FacebookShare on TwitterSubmit to Reddit 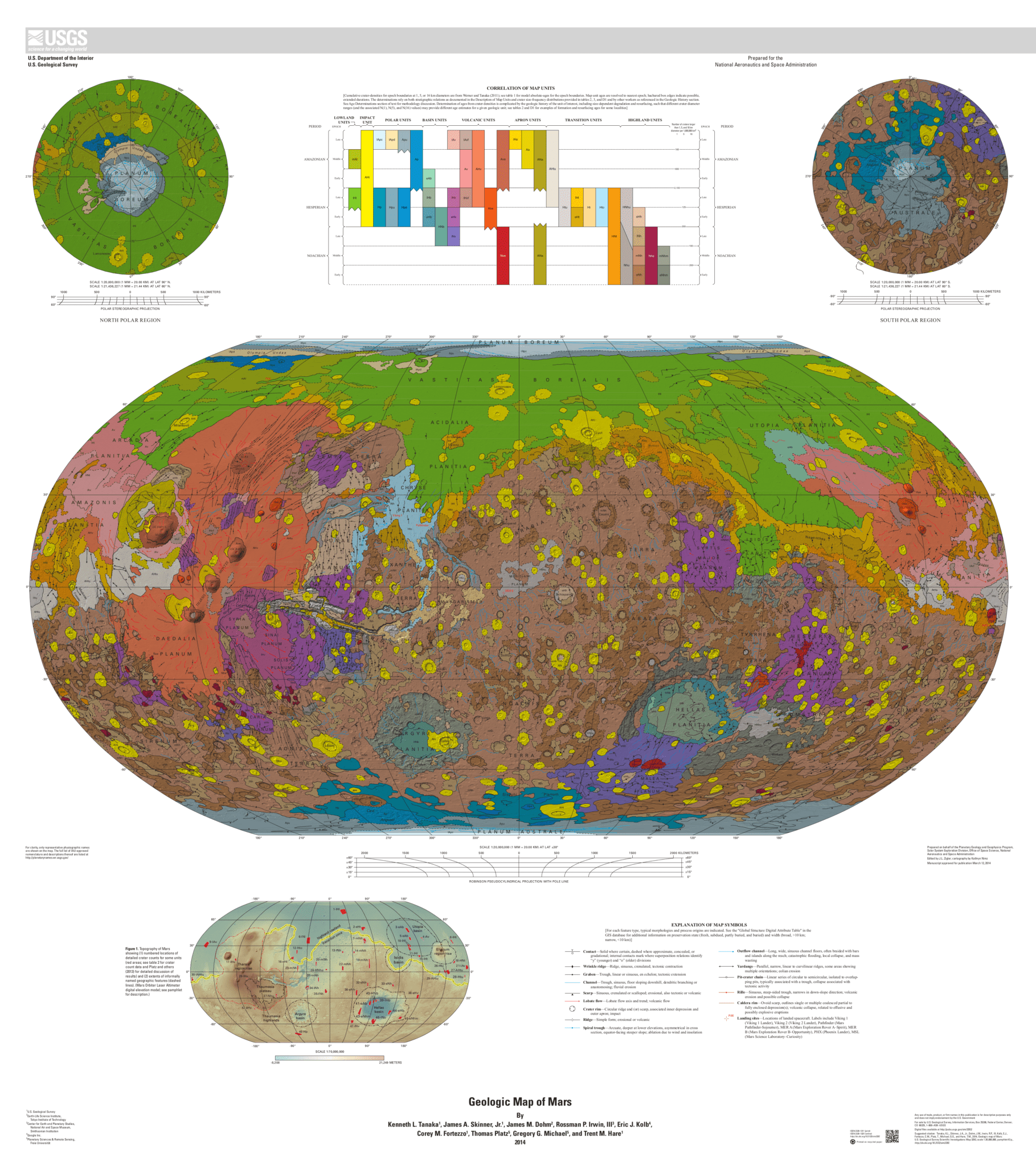 Mars doesn’t have any tectonic plates, but that doesn’t stop it from having a very interesting geology. Most of our current knowledge about the planet’s geology comes from studying landforms and relief features (terrain) seen in images taken by orbiting spacecraft. Mars has a number of distinct, large-scale surface features which indicate the types of geological processes that have operated on the planet over time.

The northern and southern hemispheres are quite different geologically, this dichotomy being the fundamental and most striking feature of the planet. Simply put, the northern part of the planet is an enormous topographic depression. Meanwhile, the southern part has a very high average elevation. The crustal thickness is also significantly different from the North to the South. Topographic and geophysical gravity data indicate that the crust in the southern highlands has a maximum thickness of about 58 km (36 mi), whereas crust in the northern lowlands “peaks” at around 32 km (20 mi) in thickness. Near the equator in the western hemisphere lies an immense system of deep, interconnected canyons and troughs collectively known as the Valles Marineris. Of course, Mars is riddled with impact craters due to its lack of an atmosphere to protect it.

More information about Mars (both its surface, and deeper areas) is being revealed through geophysical maps. Recently, NASA just released a gravity map created over the past 10 years which highlights some of its hidden features and will help geologists construct better models of the Red Planet.