Deep in Africa, under some of our planet’s most drought threatened areas lie massive water reserves – freshwater aquifers containing 60 times as much water as all the American Great Lakes combined. 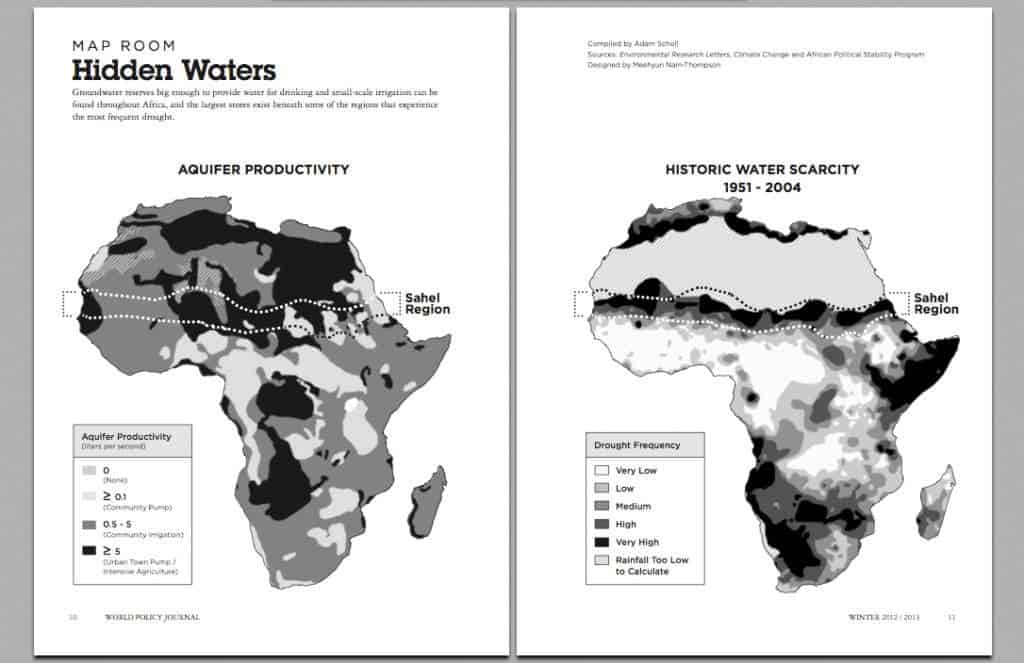 These aquifers are some 410,000 cubic miles thick and contain 100 times the freshwater that exists on the continent’s surface, and as Africa’s population quickly expands, these aquifers could prove critical in increasing food production, reduce climate change impact and greatly reduce poverty.

In the image depicted above, World Policy Journal shows these water resources alongside historic drought conditions in an effort to define the enormous scope of this vital resource. However, these resources have to be put into perspective.

Alan MacDonald, a hydrogeologist at the British Geological Survey and the lead author of the groundwater study explains that these waters aren’t “get out of jail cards”, and instead, smaller aquifers have to be found and tapped. The Saharan water reserves are far underground, making their water expensive to extract and deliver. Furthermore, unlike their surface cousins, these aquifers are not renewable – they haven’t renewed for 5.000 years.