A new ‘branch’ of mathematics

by Mihai Andrei
in Geology, Mathematics
A A

As a geologist, I tend to see the Earth as a dynamic setting, with all sorts of processes taking place; however, for me, 100.000 years is a really short period. For other, normal people, over the course of decades and centuries, the Earth is really static, with mountains and valleys seemingly anchored firmly in place. 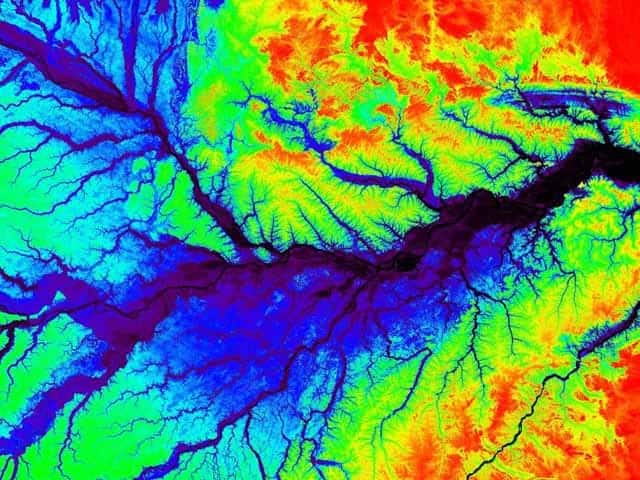 Most of the times, geology isn’t an exact science; the processes that take place simultaneously and affect each other are so diversified and hard to quantify that it’s all but impossible to mathematically model them – but that doesn’t prevent researchers from trying.

Now two research groups from MIT, in separate efforts, have focused their efforts towards towards a mathematical explanation of the different characteristics of river and valley networks.

In a paper published in the Proceedings of the National Academy of Sciences, Dan Rothman and his colleagues formulate a mathematical theory to discover a common angle at which valleys branch. In environments where erosion is driven by the seepage of water out of the ground, the group’s theory predicts that rivers branch at an angle of 72 degrees.

Putting the theory to test, Rothman and his team got their hands dirty and measured 5,000 branching angles in the Florida Panhandle, a region of soft, sandy soils — finding that the average valley branching was indeed 72 degrees. Rothman, a professor of geophysics at MIT believes this kind of approach could work to entirely different systems as well, such as neuron dendrites and fungal filaments.

Similarly, an entirely different paper published in Nature follows another approach and calculates a tipping point at which rivers branch. Of course, this varies depending on the river’s capacity to erode and bring on new sediments to fill its valley.

“We use mathematics to speed up time and help us understand how these systems evolve,” says Perron, the Cecil and Ida Green Assistant Professor of Geology in EAPS. “If you could speed up the clock, you would see that the landscape is a lot more dynamic.” 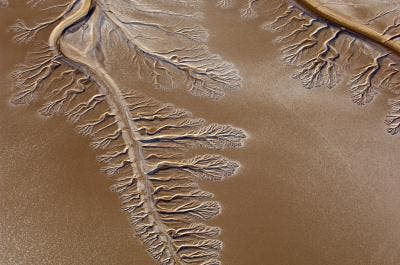 In order to estimate the angle at which this split occurs, Rothman’s group derived a mathematical expression for the paths taken by groundwater as it flows toward a newly split stream. Basically, paths generally curve either away from each other, when the angle between the streams is small, or toward each other, when the angle is large. However, Rothman’s group found that at specifically 72 degrees, the paths are straight, and therefore this is the angle at which streams branch. Confirming this mathematical theory with over 5000 practical observations is definitely convincing.

“What we show is that because of the properties of groundwater flow, one can understand something about the organization of this pattern,” Rothman says. “It opens a world into a really interesting geometry.”

As it turns out, branching at the uppermost reaches of river networks is rooted in two coupled instabilities: first, valleys widen at the expense of their smaller neighbours, and second, side slopes of the widening valleys become susceptible to channel incision. Each instability occurs at a critical ratio of the characteristic timescales for soil transport and channel incision. The second team tested the model in these two places.

“We tested the model in these two places so we could compare the predicted instability, the breaking point at which rivers should start to branch,” Perron says. “That’s interesting, because it means we can do that for landscapes where we can’t do fieldwork — possibly landscapes on another planet.”

Mikael Attal, a lecturer in landscape dynamics at the University of Edinburgh was truly thrilled by these studies, which he believes can shed light on what may cause such intricate patterns in rivers and other natural landscapes.

“Understanding how river networks originate and evolve is key to understanding how landscapes have evolved in the past, and how they will evolve in the future,” says Attal, who did not participate in the research. “What is fascinating about these two papers is that they provide a physical explanation for the geometry of river networks using some very simple concepts. Studies such as these will help better parameterize models and help make more accurate predictions of what may happen in the future.”