It’s got 16.000 eyes and they’re all pointed at you – animal with most eyes found 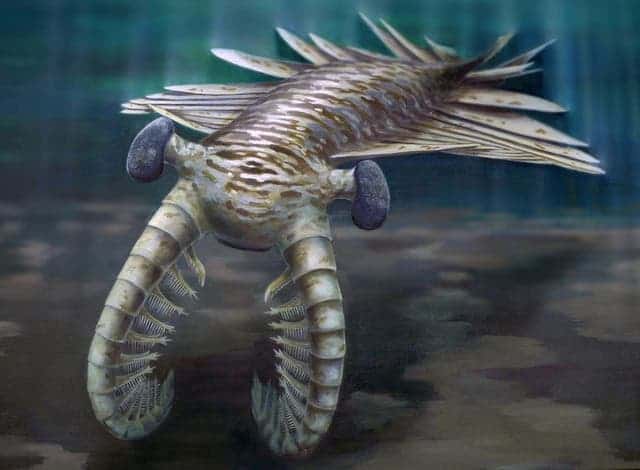 They were about one meter long, and shaped like a flat oval; instead of fins, they used a series of elongated paddle-like structures running down both edges of the body to move through water and they had two appendages which could quickly shovel prey onto its mouth, which was located on the underside.

It also had large, bulging eyes, which may have been its most evolved feature; so far, we could only guess about the shape and use of its eyes, but some spectacular, 515 million-year-old fossils from Australia shown that they were in fact shaped like small lenses, much like with today’s insects and arthropods.

The fossils are absolutely magnificent! As a fossil hunter myself, I just have to admire how well preserved and spectacular they are; the eyes found in these new fossils clearly show the internal structure – if you look with a microscope, that is. The eyes absolutely baffled scientists with how modern they look, greatly resembling those of Drosophila (fruit fly), for example. Bear in mind, this animal lived half billion years ago!

Based on the density of the lenses, scientists estimate some 16,000 eyes, more than with any animal we know of. These findings come right in place when it comes to making evolutionary deductions. Paleontologists have long suggested that Anomalocarids were the apex predators of the Cambrian seas, shoving many smaller creatures into their jaws – and this claim was supported by many other creatures being found with bite marks from it – now that’s forensic odontology for you! This animal’s extremely developed visual system allowed it to easily track down prey and then hunt it. This also backs another controversial claim scientists have made: the proliferation of new phylogenetic groups in the Cambrian came about in part because the first large predators drove an evolutionary arms race that led to new forms of protection, fitting in nicely with the idea of an extremely competitive environment.