*Something* is blasting “cosmic bullet holes” through our galaxy

Clumps of dark matter might be shooting through the Milky Way's stars.

by Mihai Andrei
in Science, Space
Reading Time: 3 mins read
A A
Share on FacebookShare on TwitterSubmit to Reddit

We don’t know what it is. We don’t even know if it’s made of regular matter — but we do know that something blasted a series of holes through some stars in the Milky Way.

“It’s a dense bullet of something,” said Ana Bonaca, a researcher at the Harvard-Smithsonian Center for Astrophysics, who discovered evidence of the impactor. 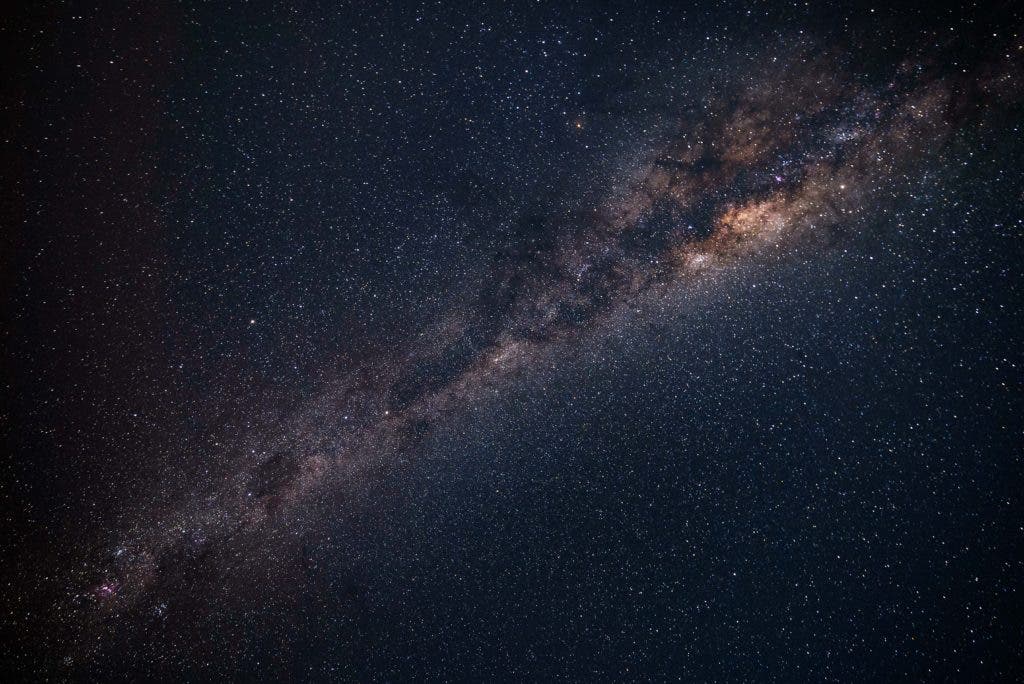 Bonaca analyzed a series of stars called GD-1 — a very long, thin, Milky Way star stream. GD-1 stars have been studied ever since they were discovered in 2006, and Bonaca has been using data from the recently launched Gaia telescope to analyze them in more detail, finding something bizarre smack in the middle of the stream.

This type of stellar stream is created by the tidal (gravitational) force of the Milky Way, which bends and stretches the stream, producing a gap about midway through the stream.

But when Bonaca looked at GD-1 more recently, she found a second gap — and a weird one at that. The second gap is not smooth as the first one but has a ragged edge — as if something was shot through it.

“It’s a dense bullet of something,” Bonaca said.

The “bullet” would have to be something absolutely massive, much bigger than a star, and more massive than all but the largest of black holes. It’s not out of the question for a supermassive black hole to be the culprit, but if this is the case, it would have to be one at the scale of the supermassive black hole at the center of our galaxy. There isn’t a clear reason why such a black hole would exist towards the edge of our galaxy, and astronomers haven’t seen any effects from it.

This leaves another tantalizing possibility: a massive object made of dark matter.

Dark matter is a hypothetical form of matter that is thought to account for approximately 85% of the matter in the universe and about a quarter of its total energy density. We don’t know what dark matter is and we’ve never seen it — but we have seen its effects, and astronomers are quite confident that it exists. We also have no idea how dark matter might be distributed through the universe — is it thin and diffusive, or large and clumpy? If dark matter was indeed shot through GD-1 stars, it would suggest the latter. However, a large ball of dark matter is still speculative at this point, although it seems to line up with the evidence quite nicely.

The results have not yet been peer-reviewed, though they were met positively at the conference of the American Physical Society in Denver where they were presented.

At this point, the turbulent history of GD-1 stars just isn’t established well enough to draw a definite conclusion. But whatever it is, is Bonaca’s hypothesis is true, something shot a massive “bullet” straight through our galaxy — and we don’t know what it is.