by Mihai Andrei
in News, Oceanography, Science
Reading Time: 3 mins read
A A
Share on FacebookShare on TwitterSubmit to Reddit

The autonomous submarine vehicle Autosub Long Range (better known as Boaty McBoatFace) just came back from its first mission. It navigated through 180 kilometers of perilous underwater valleys measuring the temperature, saltiness, and turbulence of the water at the bottom of the ocean. Now, results from this mission could help us better understand how climate change causes sea level rise. 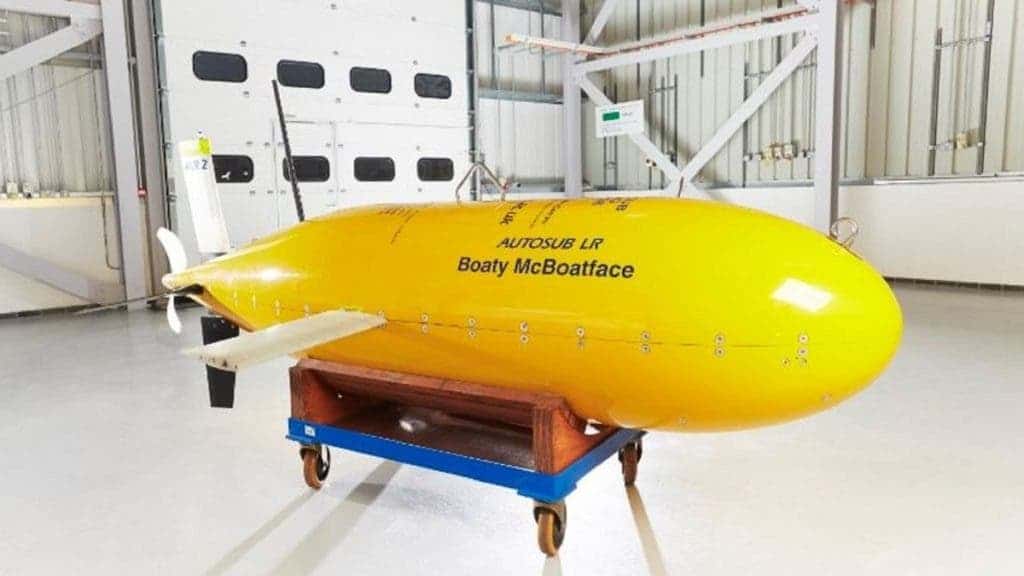 When researchers announced a poll to name the submarine, it was the start of an era — and at the same time, the end of an era — the era in which people got to name scientific instruments without any restrictions. This very short (and glorious era) led to the naming of Boaty McBoatface. While its name may be funny, its mission is as serious as it gets: shedding light on the processes linking increasing Antarctic winds to rising sea temperatures.

During the three day mission, Boaty reached depths of up to 4,000 meters, using its echo sounder to navigate. The data gathered during the mission revealed a mechanism through which Antarctic winds increase turbulence deep in the Southern Ocean, causing warm water at mid-depths to mix with the cold, dense water in the abyss. As a result, the seabed becomes considerably warmer, which is an important contributor to ice melt and sea level rise.

The resulting mixing and warming is currently not accounted for by climate models and helps researchers better understand the process of sea level rise. Dr. Eleanor Frajka-Williams of the National Oceanography Centre said:

“The data from Boaty McBoatface gave us a completely new way of looking at the deep ocean–the path taken by Boaty created a spatial view of the turbulence near the seafloor.”

It has to be said, Boaty McBoatFace was the key element that made all of this possible — navigating the frigid depths and gathering data is not an easy feat. Dr. Povl Abrahamsen of the British Antarctic Survey says that this is a prime example of how modern technology can help refine our understanding of climate change and its associated processes.

‘This study is a great example of how exciting new technology such as the unmanned submarine “Boaty McBoatface” can be used along with ship-based measurements and cutting-edge ocean models to discover and explain previously unknown processes affecting heat transport within the ocean,’ adds Frajka-Williams.

We can only hope Boaty McBoatFace has a long and fruitful career and this is just one of many upcoming missions. The findings were published in the journal PNAS on the 17th of June.