The findings might lead to new treatments for bone inflammation and tissue injuries.

Researchers have long suspected that bones have a complex blood supply but due to limited imaging methods, it has always been challenging to prove it — until now. A research team from the University Duisburg-Essen, Germany, used modern imaging technologies showing that long bones, such as shinbones, are crossed perpendicularly by tiny canals.

The researchers use a special technique called ‘clearing’ which makes bones transparent, revealing hundreds of tiny capillaries crossing the hard outer shell of the bone of mice. Called ‘trans-cortical vessels’ (TCVs), these channels seem to play an active and crucial role in the circulatory system of rodents. This may apply to humans as well, judging from similar, thicker, canals found in human long bones — whether or not these are TCVs is to be determined.

According to a calculation performed by the team led by Matthias Gunzer, most of the blood passing through bones flow through TCVs. And this way, the researchers conclude, bone marrow is connected to a wider circulatory system throughout the body. This explains why, during an emergency, drug infusions into the bone marrow rapidly spread to the rest of the body.

The researchers also investigated whether TCVs might have a role in inflammatory and degenerative bone disorders. The authors observed that mice with acute, inflammatory arthritis had more TCVs in their bones. The TCVs were lined with endothelial cells that engage with inflammatory cells, as reported in the journal Nature.

The presence of TCVs in human bone requires confirmation, along with a direct link between TCVs and inflammatory diseases.

Since the dense vascular network facilitates the movement of bone marrow cells and nutrients — but also immune cells — they could be targeted by novel therapies. For instance, potential new treatments for bone inflammation and tissue injuries might involve drugs that regulate blood flow or cell migration through the TCVs. 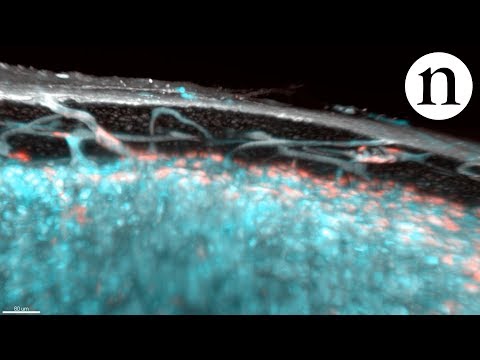