Shorties: No sex for a million years ? Sure, no problem !

by Mihai Andrei
in Biology, Shorties
Reading Time: 2 mins read
A A
Share on FacebookShare on TwitterSubmit to Reddit 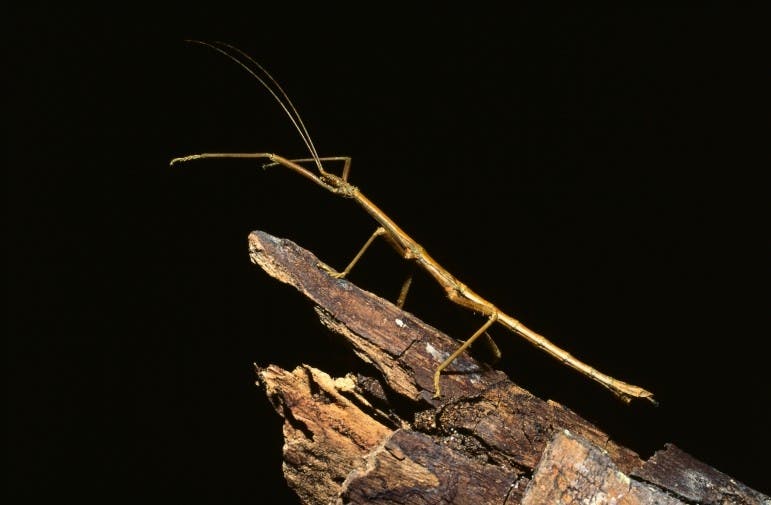 The Timena genus is remarkable from numerous points of view; they are walking stick insects which have been around for almost two million years, out of which for the last 1.5 million years they have been asexual. Biologists from the Simon Fraser University wanted to find out exactly what is it about this celibate insect that made it escape extinction for so long.

In a paper published in the journal Current Biology, professor Bernie Crespi and Tanja Schwander, a former post-doctoral researcher in Crespi’s lab claim that the reason why this creature continues to exist as it is is a combination between ecological and genetic processes. The researchers used a series of genetic analyses to show that several clonal or cloned lineages in the stick insect have persisted for over one million generations.

The research not only raises more interest on how they have survived so far, but also raises questions about long-term clonality.

“Why most species reproduce sexually is a big question in evolutionary biology, because at least theoretically, it appears that clonal reproduction would be more efficient,” says Schwander, currently a fellow in evolutionary genetics at the University of Groningen, in the Netherlands.

“Many genetic and ecological mechanisms have been suggested that could result in disadvantages of clonal reproduction. One common expectation of these mechanisms is that reproductive advantages gained by new clonal lineages will be quickly eroded over time.”