Spider creates its own larger decoys

Spiders are truly remarkable creatures, but some of them are absolutely unique! This time, biologists working in the Amazon have found a spider that builds elaborate replicas of himself from leaves, debris and insects to confuse predators.

The art of deceit 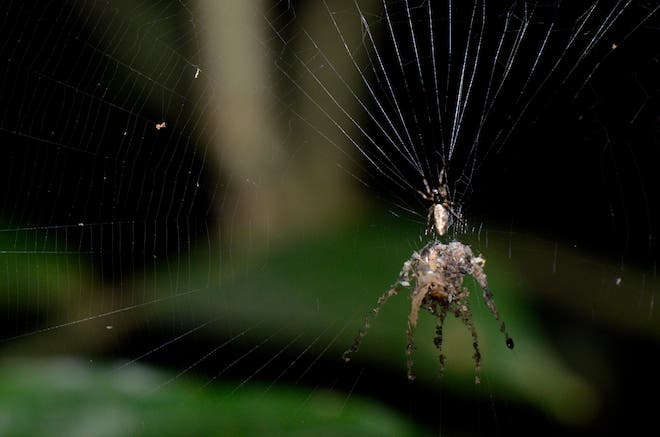 From afar, it could mislead even the most experienced eye, hanging in the center of a spider web along the side of the trail – just another spider in the Amazon. Believed to be a member of the genus Cyclosa, the arachnid is a master craftsman, creating a much larger replica of himself with much care, making it as close to real life as possible.

“It seems like a really well evolved and very specialized behavior,” said Phil Torres, who described the find in a blog entry written for Rainforest Expeditions. Torres, a biologist and science educator, divides his time between Southern California and Peru, where he’s involved in research and education projects. “Considering that spiders can already make really impressive geometric designs with their webs, it’s no surprise that they can take that leap to make an impressive design with debris and other things,” he said.

Other Cyclosa members have been known to create decoys, but they are rather clumpy and look nothing like a spider; this little guy is much better at this than other known species. 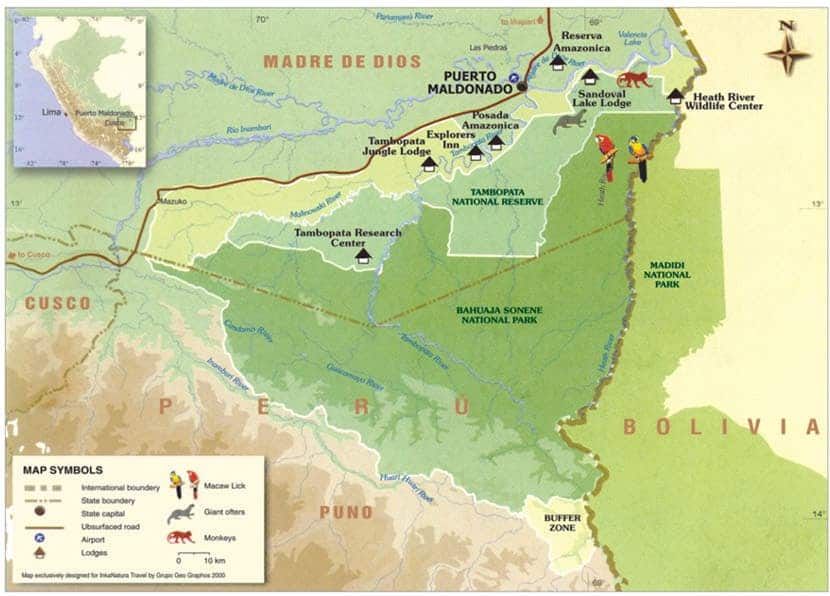 Torres was leading an expedition with visitors in a floodplain surrounding Peru’s Tambopata Research Center, located near the western edge of the Amazon. From a distance, they noticed what appeared to be a weird, flaky looking spider, which started to wiggle as they approached. A closer inspection revealed the illusion. Above the 1-inch-long decoy sat a much smaller spider, shaking the web, making its replica mimic movement. Wow! Not only does the spider create a decoy, it also makes it move! It was unlike anything Torres ever witnessed.

So he got in contact with arachnologist Linda Rayor of Cornell University who confirmed the find was unusual, to say the least.

“The odds are that this [species] is unidentified,” she said, “and even if it has been named, that this behavior hasn’t previously been reported.” Rayor notes that while more observations are necessary to confirm a new species, decoys with legs — and the web-shaking behavior — aren’t common in known Cyclosa. “That’s really kind of cool,” she said.

Torres then returned to the site, with one thought in mind: find more! So he set on and found about 25 members in just 3 days, which actually raised more questions than answers about their numbers.

“They could be quite locally restricted,” he said. “But for all I know, there’s millions of them in the forest beyond.”

As it turns out, some spiders are better than others at creating decoys – while some were extremely realistic, others looked more like octopus cartoons. So what’s the next step?

“It takes a lot of time and effort to go from finding it in the field to actually describing it. Specimens will have to be collected to compare to known species, dissections done on identifying features like the genitalia, and descriptions will have to be written to show why this species is different from others, a type specimen will have to be selected, and the eventual publication of all of that information in a journal. Only then can it be considered a named new species to science.”, Torres concluded.