The poisonous mushroom that glows in the dark

by Mihai Andrei
in Biology, Offbeat 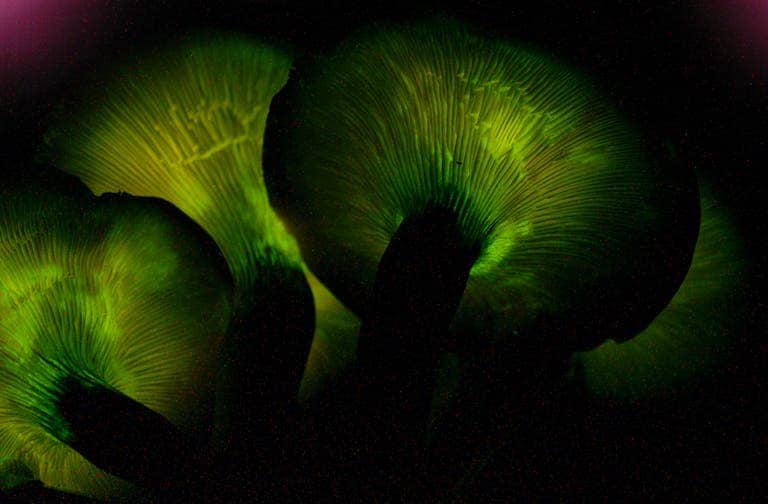 Mushrooms are pretty awesome in themselves, but some are just off-the-charts awesome. Take Omphalotus olearius for example, also called the jack-o’-lantern mushroom. Sure, it may be poisonous – but not only does it glow in the dark, you can make glow-in-the-dark paint with it.

The most important thing about the Jack-o’-lantern mush is how to avoid it – seriously. They are among the mushrooms most often involved in poisonings. 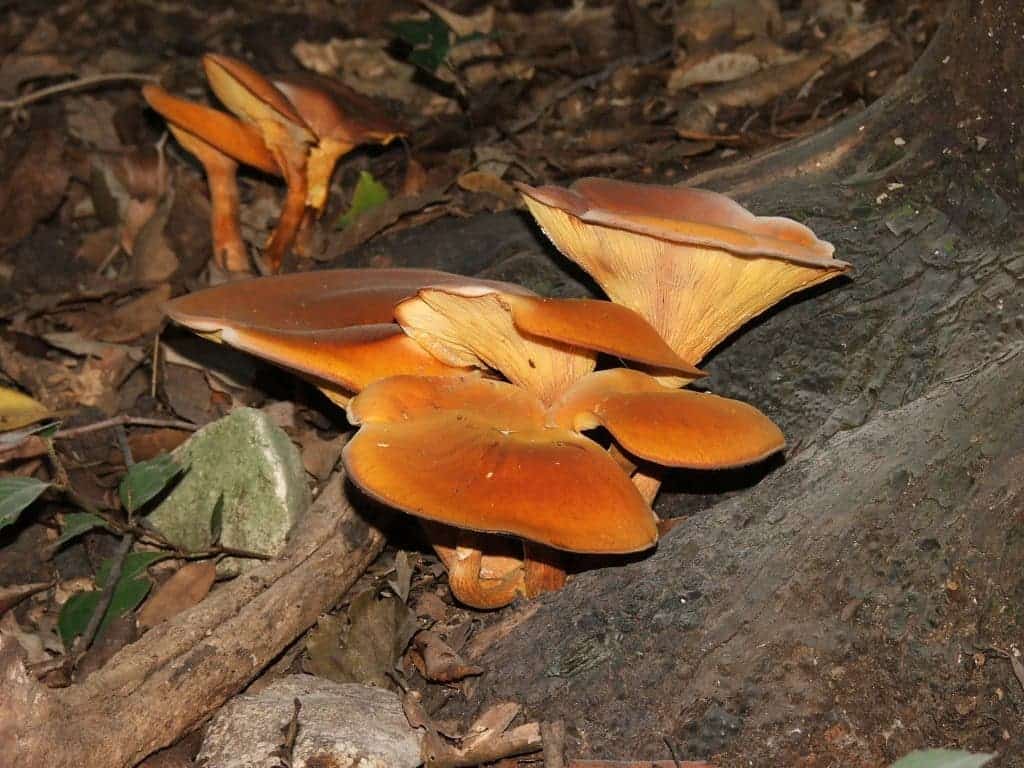 They look just like delicious chanterelles and they even smell like them. But unlike the chanterelles, the jack-o’-lantern mushroom contains the toxin illudin S, and is poisonous to humans. While it likely won’t kill you, it will still give you severe cramps, vomiting, and diarrhea.

Glow in the dark

There are over 75 species of mushrooms that glow in the dark. All of them (except one) are members of the order Agaricales (Basidiomycota) and are found in most temperate climates. It’s not clear how or why they evolved this mechanism, but all glow-in-the-dark mushrooms have the same enzymatic cocktail, so it seems safe to say they all developed it the same way… but other than that we still don’t know much about why they became evolved like this.

The mechanism involves the presence of an enzyme called luciferase. The oxidation of luciferin to produce light is nearly 100 percent efficient – it produces almost no heat. 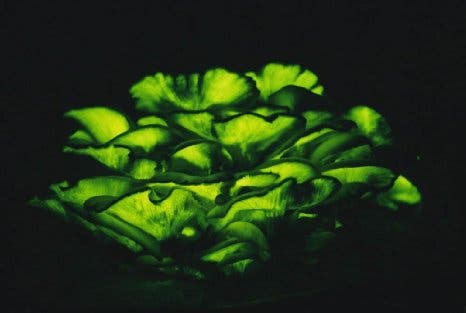 Now, its bio-luminiscence is actually one of the most controversial issues in the fungus world. Some people clearly described (and photographed) its glow, while others simply denied that. Michael Kuo (mushroomexpert.com) declared the illumination as the “largest and most insidious conspiracy in the mycological world,” though he subsequently altered his state, saying that it can glow, depending on whether the mushroom was kept moist after picking.

Bill Russell in the Field Guide to Wild Mushrooms of the Mid-Atlantic states that the glow can be sustained by storing the mushrooms in a paper bag in the refrigerator to retain the moisture and reduce the oxidation rate during the day and bringing them out for a light show at night. Either way, the literature abounds with contradictions regarding the strength (and even existence) of this glow.

It’s a remarkable and controversial fungus – just one you shouldn’t really eat.