Huge leaps in research within the field of genetics have enabled fetal DNA sequencing from maternal blood. This has made it possible to determine whether the unborn baby is suffering from any autoimmune conditions or chromosomal abnormalities such as Down’s syndrome, Turner’s syndrome or Neural tube defects such as Spina Bifida. 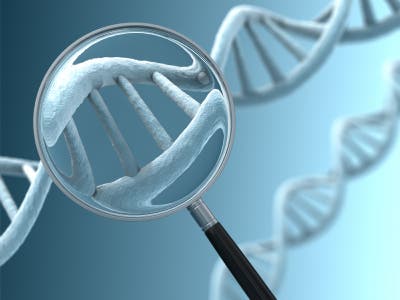 Up until the recent present, fetal DNA samples could only be collected using invasive sampling methods such as transcervical or transabdominal chorionic villus sampling or amniocentesis. In order to collect fetal DNA, biopsies of the chorionic villi lining the placental wall are required. With amniocentesis, sampling of around 20ML of amniotic fluid is required. Both these tests carry certain risks, the worst being the risk of miscarriage. Statistics claim that these prenatal testing sampling methods have a miscarriage rate of 1%. However, it is not uncommon for women to miscarry naturally in their second trimester, the period of pregnancy in which these tests are carried out, and thus, it is hard to know whether any resulting miscarriage was in fact, due to the invasive procedure or to natural circumstances.

Along with the umbilical cord and the amniotic sac, this organ is vital to the survival of the fetus. The
placenta is a thin lining which separates the fetus from the mother. Elimination of byproducts and exchange of oxygen also takes place via this important organ. Importantly, blood supply to the baby is mediated by the placental wall. Fetal blood reaches the placental wall and uptakes the required oxygen. On the other hand, simultaneous to this process, waste products from the fetus are transferred into the maternal blood. The placenta however, keeps the fetal blood and the maternal blood functionally separate. Despite this, fetal DNA finds in either its nucleated form or as cell-free DNA still finds its way into the maternal blood.

The maternal blood supply will contain both cell-free and nucleated fetal DNA. Areas of scientific research have worked by analyzing cell-free fetal DNA rather than whole, cell encloses DNA. This is due to studies having shown that nucleated fetal DNA can persist in the maternal blood for months if not years. This may have significant implications: its means that where scientists to analyze nucleated fetal DNA they would not be able to ascertain whether the DNA under analysis is from the current pregnancy or from a previous pregnancy. Analysis of cell free DNA is also required for non invasive prenatal paternity testing. This ensures that the genetic markers of the current fetus are examined and compared to those of the alleged father and not the markers of a fetus from a previous pregnancy. Cell free fetal DNA does not persist in the maternal blood stream and is constantly cleared and flushed out of the maternal body. Overall, with both nucleated and cell free DNA, levels increase with increasing pregnancy.

Unlike conventional methods of DNA analysis which require whole cell-enclosed DNA and use Polymerase chain reaction to replicate and analyze the DNA, non invasive prenatal testing warrants the analysis of genetic markers extracted from DNA fragments that vary on a single nucleotide – Adenine, thymine, guanine or cytosine, usually abbreviated as A, G, C and G. Comparing the results of this analysis with those of analysis of maternal and paternal DNA meant scientists could locate from which parents the chromosomal or genetic abnormality was inherited. Other earlier methods involved identifying DNA sequences that are Y chromosome specific due to the absence of the Y chromosome in the genetic makeup of females.