by livia rusu
in Biology

For cockroaches, it seems, collaboration comes naturally: when 50 cockroaches are presented with 3 shelters which can only host 40 (each), they’ll split into two groups, leaving the third shelter empty. Basically, they find a way to split themselves equally, in a democratic fashion. 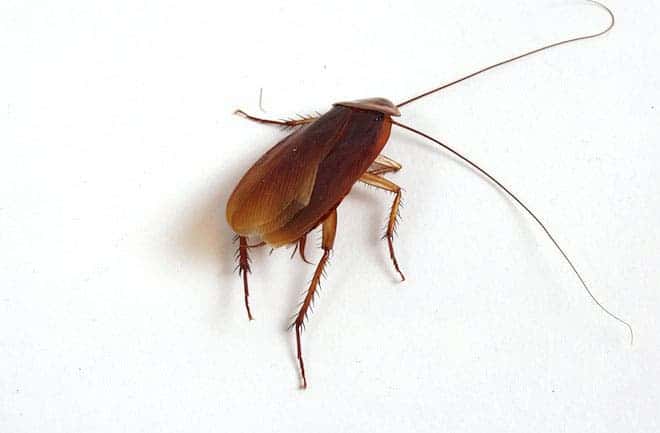 In cockroach groups, there are no members higher than others – everybody is equal, apparently. Thus, group decision making is simplified, leading to patterns which can be understood and studied. What makes it even more interesting is that cockroaches don’t make sounds, so they must therefore communicate without vocalizing.

“Cockroaches use chemical and tactile communication with each other,” says Dr José Halloy, who co-authored the research in the current Proceedings of the National Academy of Sciences. “They can also use vision,” says Halloy, a scientist in the Department of Social Ecology at the Free University of Brussels in Belgium. “When they encounter each other they recognise if they belong to the same colony thanks to their antennae that are ‘nooses’, that is, sophisticated olfactory organs that are very sensitive,” he says.

Halloy wanted to see how the cockroaches would behave when faced with a decision. He placed the insects in a dish that contained three shelters. Initially, the shelters could only host 40 insects each, so the 50 bugs decided to split equally – 25 into one, 25 into the other, leaving the third one empty. However, when the shelters were larger than 50, they all moved into just one shelter, showing that they make rational, democratic group decisions.

“Cockroaches are gregarious insects [that] benefit from living in groups. It increases their reproductive opportunities, [promotes] sharing of resources like shelter or food, prevents desiccation by aggregating more in dry environments, etc,” he says.”So what we show is that these behavioural models allow them to optimise group size.”

The way they behave is so basic and rational, that it can be quite predictable to model. Researchers hope to draw insights for other insects as well – and not only insects.

“It looks both at the mechanisms underlying decision-making by animals and how those mechanisms produce a distribution of animals amongst resource sites that optimizes their individual fitness,” says Dr David Sumpter, a University of Oxford zoologist.”Much previous research has concentrated on either mechanisms or optimality at the expense of the other.”

The study documenting this behavior was published in PNAS in 2006.