Are you really what you eat?

Biology professor Dr.Jennifer McDonald gave her senior college class a rather unusual assignment: go to sushi restaurants, buy some samples, then take the samples to the lab and analyze their DNA to see what species the fish were.

Pretty straightforward, right? Turns out, much of the sushi industry isn’t what it claims to be. 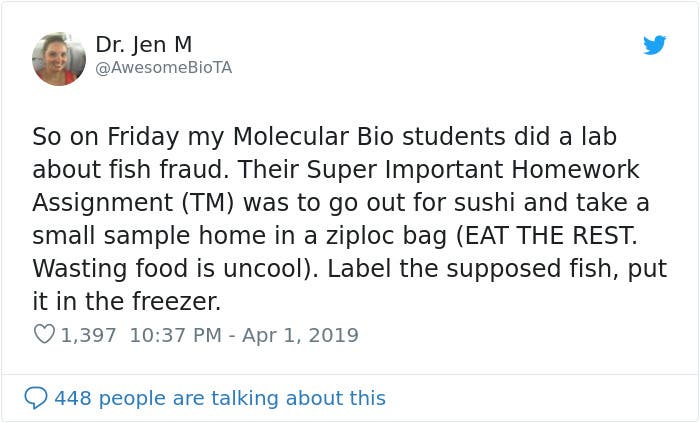 By now, technology has developed to the point where species identification procedure is fairly straightforward.

“Identifying species by their sequence barcode is almost exactly like going shopping. You pick out the items you want, some of them have price stickers on them, some of them don’t, and you take them to the cash register. As each item’s tag is scanned, the barcode on the item is the identifier: each item has a different barcode,” says Jennifer McDonald.

She was aware of the many claims and studies about fraud in the fish industry, which is why she purchased a genetic analysis kit to “spice up” the course.

“Fish mislabelling in the seafood and fish industry (even the aquarium industry!) is well-documented and something that many governments are attempting to tackle with stricter rules and regulations, more enforcement, and higher fines. I expected to find results that were in line with what was previously published: about 50% of fish will not be labeled correctly, with some species like red snapper and white tuna being more likely to be mislabelled than others.”

So what were the results? Well, there’s a lot of bull in the sushi business, that’s for sure. 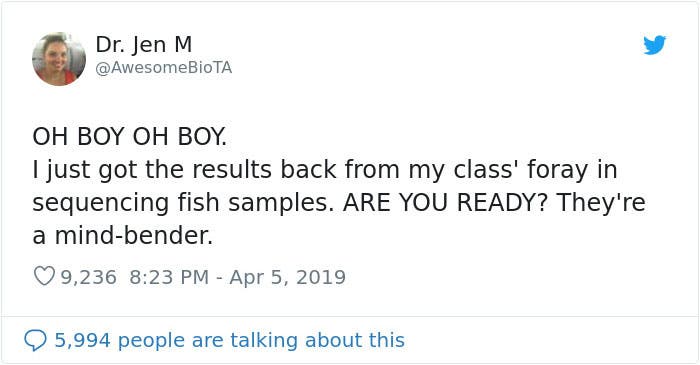 For starters, 84% of the “white tuna” samples were actually a fish called escolar. Escolar can cause fish poisoning and has been banned in Japan since 1977 for this reason. It’s not uncommon for escolar to be sold as white tuna or other types of fish. In 2009, tuna samples from sushi restaurants in New York City and Denver were DNA tested. Five out of nine restaurants serving fish labeled “white tuna” were actually serving escolar.

But this wasn’t the only fraudulent labeling. 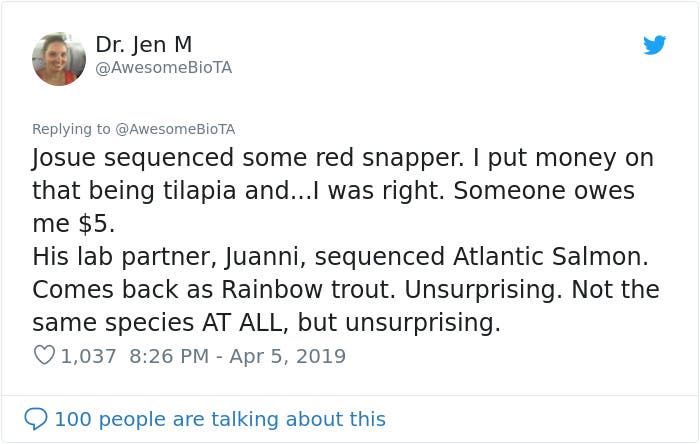 No matter where they looked, they found plenty of mislabeling. 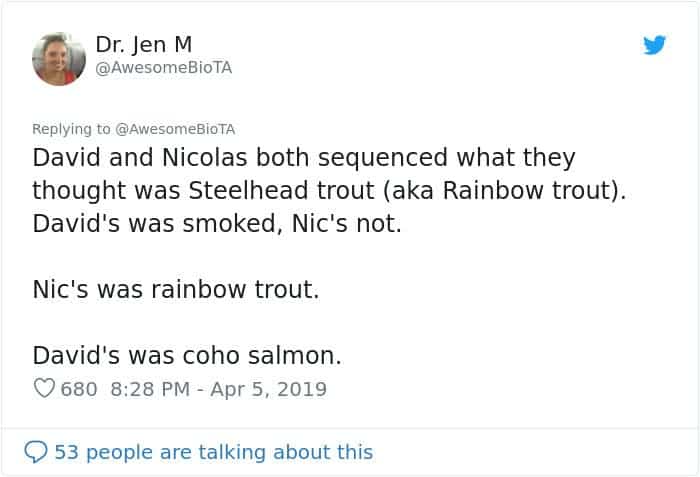 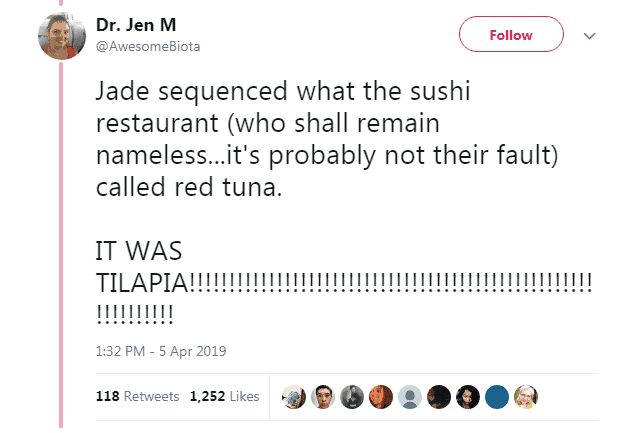 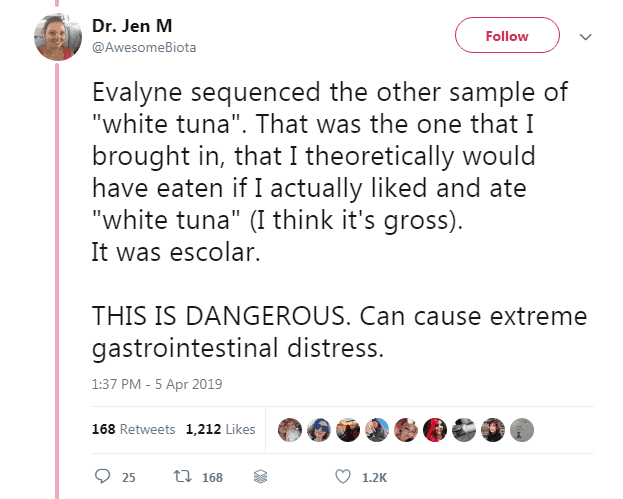 A sample, in particular, had some revolting results: traces of body lice. 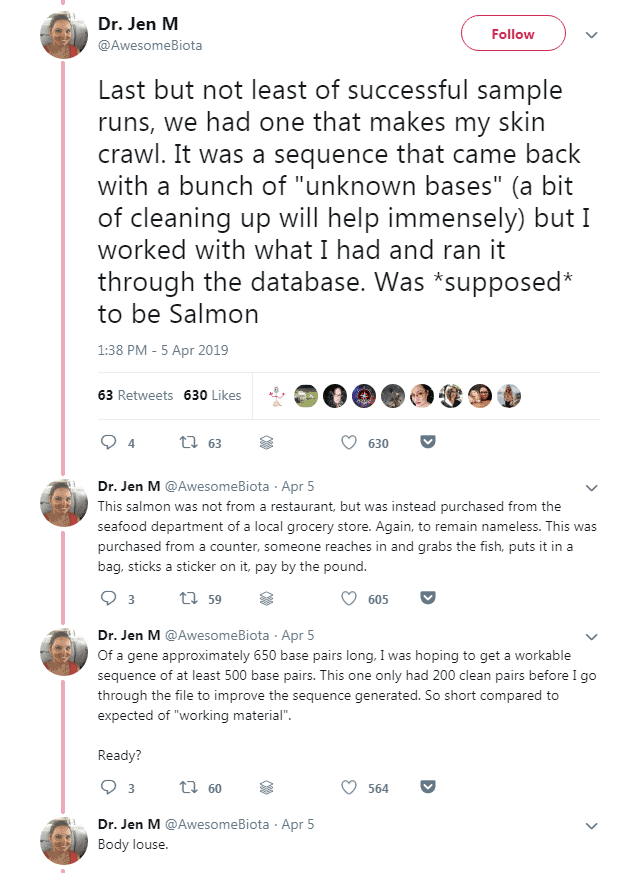 Overall, the results were dreadful. Out of 9 fish that were suitable for analysis, just two were labeled correctly.

Needless to say, this is a major issue.

Not only is it fraud (food fraud is a $50 billion annual industry), but it can also be dangerous. Selling one fish as another can be dangerous to people with allergies is bad enough, but selling and mislabeling a fish known to cause health issues is even worse.

The fish industry is vulnerable because you rarely see the whole fish, and the meat of different fish can look quite similar on the outside, although doctor McDonald believes it routinely happens in other industries.

So, knowing all of this — are you really what you eat?