Could we be drawing close to finally defeating this disease?

by Melvin Sanicas
in Diseases, News, Science
Reading Time: 4 mins read
A A
Share on FacebookShare on TwitterSubmit to Reddit 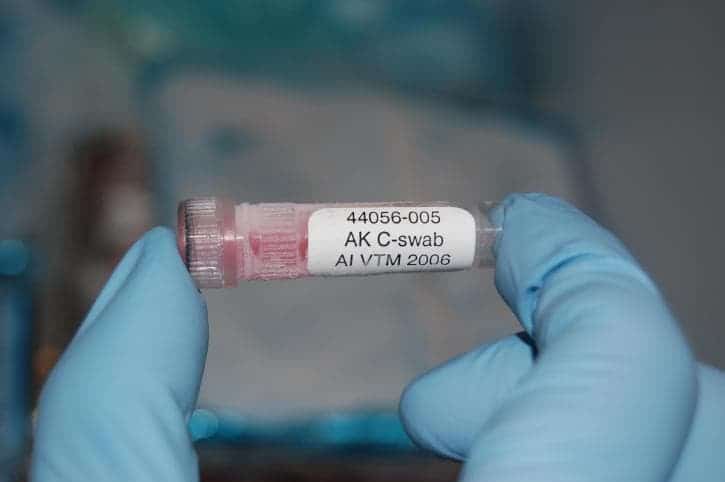 Avian influenza (or bird flu) is a ‘zoonotic infection’ (meaning it is transmitted to humans via animals) caused by viruses that have adapted to affect birds. It primarily affects poultry, such as chicken and ducks. Human infection predominantly occurs via direct contact with infected birds or poultry – their droppings or their contaminated environment – or by handling live or dead birds. The avian influenza virus strains are distinct from human seasonal influenza, and humans have little immune protection as this type of viral infection is relatively uncommon. Clinical presentation of avian influenza in humans includes eye infections (conjunctivitis), flu-like symptoms (e.g., fever, sore throat, cough, muscle aches), or severe respiratory illness (e.g., chest infection).

In the past, the H5N1 strain of influenza virus has been responsible for most human illnesses that have been caused by avian influenza. However, H7N9 now rivals H5N1 as a potential cause of a human pandemic. H7N9 had not been seen in humans until infections were reported in March, 2013, in China. It had previously been isolated to outbreaks in birds in Japan, the Netherlands, and the U.S. Since then, six waves of H7N9 infection have occurred in China, resulting in more than 1,500 cumulative human infections, according to the World Health Organization (WHO). Most cases of human infection with the avian H7N9 virus reported they had had recent exposure to live poultry or potentially contaminated environments, especially markets where live birds were being sold.

Current evidence suggests this virus has not acquired the ability to regularly transmit from human to human, except for small clusters of reported cases which predominantly involved healthcare workers. While a small proportion of human H7N9 illnesses have been mild, most patients have become seriously ill, developing severe respiratory symptoms that required hospitalization and intensive care, and 32 percent died. H7N9 can infect poultry without causing clinical symptoms, which makes monitoring its spread difficult. Health officials reckon the situation is under control, but this could change quickly given avian influenza’s ability to change rapidly. Experts fear that further genomic mutations will lead to the virus binding to human cells, ultimately leading to increased human-to-human transmission.

There is, currently, no vaccine to protect against H7N9. However, two new clinical trials testing an experimental vaccine to prevent H7N9 infection are now enrolling volunteers across the United States. The studies, sponsored by the National Institute of Allergy and Infectious Diseases (NIAID), will test different dosages of the inactivated influenza vaccine candidate (called 2017 H7N9 IIV), as well as different vaccination schedules. The studies also will evaluate whether an adjuvant would be helpful in boosting the immune responses of people receiving the vaccine. The vaccine has been developed by Sanofi Pasteur with support from the Biomedical Advanced Research and Development Authority, part of the US Department of Health and Human Services. Dr. Anthony Fauci, NIAID director, said in a statement:

“As we experience one of the worst seasonal influenza epidemics in recent years, here in the United States, we also must maintain a scientific focus on novel influenza viruses, such as H7N9, that have the potential to cause a pandemic.”

One clinical trial, led by principal investigator, Dr. Lisa A. Jackson, of the Kaiser Permanente Washington Health Research Institute in Seattle, will test the vaccine candidate in various dosages, both with and without the AS03 adjuvant. The second clinical trial will be led by Dr. Kathleen M. Neuzil of the University of Maryland School of Medicine. This trial will test the H7N9 vaccine candidate with AS03 adjuvant in conjunction with a quadrivalent seasonal influenza vaccine. For more information about the two clinical studies, please check out the Questions and Answers.