What is Titan — Saturn’s moon 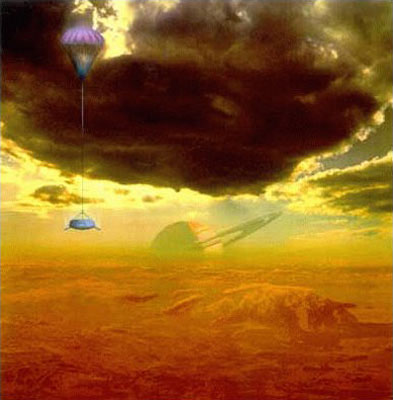 This is Saturn’s Moon – the largest moon of Saturn, the only moon known to have a dense atmosphere and the only object other than Earth for which clear evidence of stable bodies of surface liquid has been found – and these are just a few of the reasons which make studying it more than worthwhile.

It is geologically young and the climate includes methane and ethane clouds. Titan was discovered on March 25, 1655, by the Dutch astronomer Christiaan Huygens. Huygens was inspired by Galileo’s discovery of Jupiter’s four largest moons in 1610 and his improvements on telescope technology. But he probably did not suspect how much it resembles our planet in some ways, and how could he?.

Titan is the only known moon with a fully developed atmosphere that consists of more than just trace gases. Titan’s temperature is about 94 K (−179 °C, or −290.2 °F) at the surface. At this temperature water ice does not sublimate from solid to gas, so the atmosphere is nearly free of water vapor. “You have all these things that are analogous to Earth. At the same time, it’s foreign and unfamiliar,” said Ray Pierrehumbert, the Louis Block Professor in Geophysical Sciences at Chicago.

So it is hard to understand how it resembles our planet since we have not landed there and we probably are not going to for many years. But telescopes and the Cassini–Huygens spacecraft provide interesting and important information about it. “The ironic thing on Titan is that although it’s much colder than Earth, it actually acts like a super-hot Earth rather than a snowball Earth, because at Titan temperatures, methane is more volatile than water vapor is at Earth temperatures,” Pierrehumbert said.

“This is a well-known feature on Earth called an ITCZ, the inter-tropical convergence zone,” Mitchell said. Earth’s oceans help confine the ITCZ to the lowest latitudes. But in some scenarios for oceanless Titan, the ITCZ in Mitchell’s computer simulations wanders in latitude almost from one pole to the other. Titan’s clouds should also follow the ITCZ. Titan’s orange atmospheric haze complicates efforts to observe the moon’s clouds.

“This haze shrouds the entire surface,” Mitchell said. “It pretty much blocks all visible light from reaching us from the surface or from the lower atmosphere.”. But scientists can use theories which apply to our planet.

“Titan is like a big petrochemical plant,” Pierrehumbert said. “Although this is all happening at a much lower temperature than in a petroleum refinery, the basic processes going on there are very closely allied to what people do when they make fuel.”