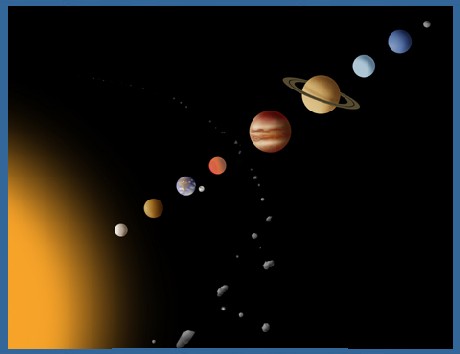 Nature published these findings of scientists from Houston, Texas, about the original proportion of oxygen isotopes in the Sun. This problem is still not fully solved, and it has even split the science world into two groups, which published contradictory results from analyses of lunar soils, believed to contain embedded solar oxygen because the Moon doesn’t have an atmospheric shield that could offer protection against solar winds.

Now they measured the oxygen composition at the birth of the Solar System, thanks to the Genesis Probe, which crashed into the Utah desert as its parachute failed to open.

“Despite crashing, all the major science objectives of Genesis will be met,” says Kevin McKeegan, a cosmochemist at the University of California, Los Angeles. He announced the finding on 10 March at the Lunar and Planetary Science Conference in Houston, Texas.

What they found surprised them, because they were expecting the Earth and Sun to have the same oxygen type, but the results baffled them, as the Earth is more richer than the Sun in oxygen-16, which is by far the most common isotope. The discovery also gives researchers a reference point for the oxygen composition at the origin of the Solar System. Genesis was able to give this information by trapping a stream of ionized particles known as the solar wind.

Although this is a great triumph, it raises even more questions than before, probably the most important thing which as to be found out is why is Earth’s oxygen composition is different from the Sun’s, and what chemical processes caused the change. It would also have been one of the very first things to happen in the 4.5685-billion-year-old Solar System.