The role of art in research with science illustrator Sarah Gluschitz

Tip of the hat to the people who make science books so, so pretty.

What is the common trait all scientists share? And what role does art play in research? Today we talk with scientific illustrator Sarah Gluschitz to find out.

One of the goals we set here at ZME Science is, understandably, to promote science in society. You gals and guys make that job quite easy for us; you’re curious, thirsty for knowledge and hungry for the latest, juiciest morsel of research. Driving people to make the next step, that of getting personally involved in science, however, proves to be a more elusive goal.

Most people with whom I’ve discussed this conundrum confess that they want to bring their own contribution — but that they feel outclassed. They say they don’t have something that will make a difference when brought to the research table. They feel they don’t have Einstein’s prowess in physics or Darwin’s eye for evolution, and that that bars them from pursuing science.

But guys — very few people do. Einsteins, Curies, Darwins, and Newtons stand out in history because (you won’t believe this) they were outstanding. Most scientists you’ll talk to look up to them as leviathans, and most suffer from impostor syndrome as a result. However, the small, incremental advances these scientists put in every day are what advances scientific knowledge. The leaps that people such as Curie or Newton made were built upon these efforts — and the overall contribution to science these figures made are relatively small compared to that of the first group.

So don’t sweat it; science would be very happy to have your brain on the team. 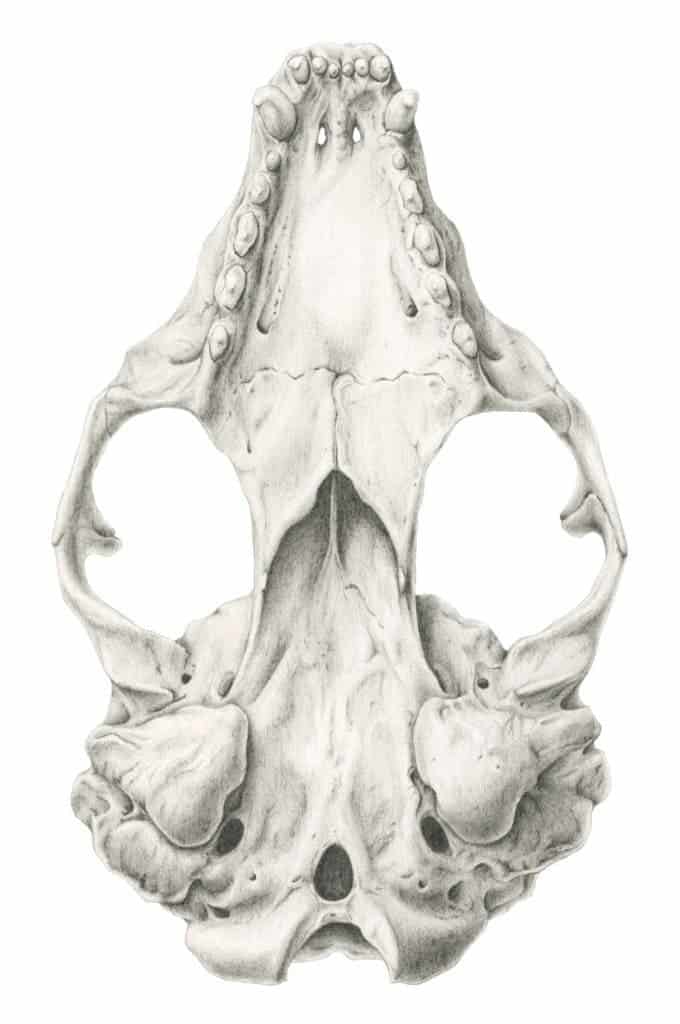 The other reason people offer up is competence in ‘hard’ topics: math, physics, computer languages, and so on. I can completely empathize with this. I’m trained as an engineer, and I loved every day at Uni — except those that involved math. Which was basically every day. I’m not good at calculus, I couldn’t do it to save my life, and this haunted me throughout my four years of university.

The current, wiser me wants you to know that it’s totally fine. You don’t have to be great at everything to be a researcher. It helps, sure, but it’s not a prerequisite. I figured out I was quite good at geometry while my colleagues weren’t; so they would handle calculus on group projects and I’d crunch the shapes. It worked out well.

Still, I was at a loss as to what to say to the friends, strangers, or readers who broached the subject with me. I knew the tools but not the engine of scientific pursuit, its trappings but not its source — so I didn’t have any wisdom to share.

I found my answer at this year’s European Science Open Forum in Toulouse in the shape of one Sarah Gluschitz. In a room of researchers holding talks and journalists holding recorders, Sarah was drawing. Not aimlessly — contours merged with keywords on topics being discussed. This fresh (if unorthodox) approach caught my eye and sparked a conversation that served me with a heaping of realization: The only thing you really need to be an asset to science is curiosity.

Sarah is about as far from the traditional image of a scientist as you can get, and yet she was there. With a background in arts, she was discussing science and science journalism. Her story helped me make better sense of my work and what I can bring to science.

Today, I’m sharing her story with you.

With Sarah’s permission, we’ll also get to enjoy some samples of her work. 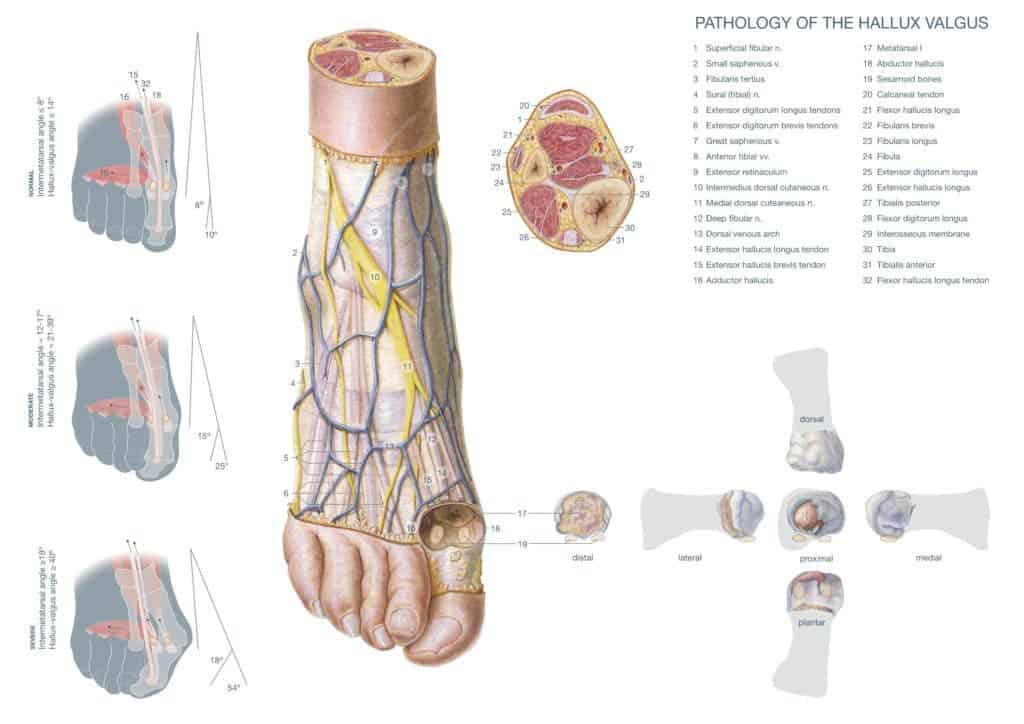 Tell me a little about yourself. A short bio of sorts. Something to help our audience get to know you better.

My name is Sarah Gluschitz. I am a Scientific Illustrator and Artist based in the Netherlands. As long as I can remember I have been fascinated with a world hidden in plain sight. A world underneath our skin, one only visible to a small group of people. As a scientific Illustrator, I am fortunate to now be part of that world and to help to translate it for others.

What was your first passion? Did you start with science, or with art? What made you mix the two together?

I have always been artistically inclined as well as having a great interest in getting to the bottom of things. During high school in Germany, it was mandatory to choose two subjects as the main focus point of your studies. I chose Arts and Biology which early on seemed to me like a natural combination of things.

I didn’t know about Scientific Illustration as a field just yet. Searching for a way to use my Arts degree on another level and satisfy my thirst for knowledge I came across Scientific Illustration. Once I got into contact with it for the first time it was as clear as day to me, that this is where I needed to be.

Do you regret your choice of career? Why or why not?

I absolutely adore my line of work. It gives me the possibility to express myself artistically, while also being in contact with science and the source of the knowledge I love so much.

It is multi-layered and diverse as I am not confined to any specific field, but get the possibility to dive into a large variety of topics. This summer, for example, I have illustrated Drones for the ENAC, the French National Civil Aviation School in Toulouse, while only a few months before that I was a research assistant at a forensic decomposition facility in the US.

My favorite thing about my job is being able to translate the researcher’s knowledge to a new audience and making both ends enthusiastic about the topic. I strongly believe that a visual language is one of the universal mediums we can use to reach an audience free of spoken language barriers.

There is nothing I would like to change about my line of work. I would like to be part of bringing it into the spotlight and showing people the amazing world of Scientific Illustration.

Many people imagine ‘science’ as being strictly something you do with beakers in a lab. But art has a very important part to play in science and the process of gathering knowledge. Illustrations such as yours have graced the pages of encyclopedias for decades, even centuries.

What advice would you give to someone who has an artistic inclination and a passion for science, but feels like they lack ‘hard’ skills like maths, physics, so on?

I believe there is a niche for every one of us, that fits our interest and skillset. Being artistically inclined doesn’t necessarily have to lead to a career in arts, nor should a lack of hard skills hinder us from being in touch with science. Scientific Illustration is one way of combining both, so is journalism.

A post shared by Gluschitz Illustrations (@sarahgluschitz) on Apr 1, 2018 at 1:43pm PDT

I believe that a symbiotic relationship between science and art will elevate research and help it outgrow the confinements of the scientific community. The community is often separated, through their own language, from the general public. Utilizing a visual language breaks down the walls and helps create spaces for open communication. Everyone who feels like neither arts nor science is a perfect fit should start exploring at what point they could come in and be the link between the two worlds they love.

Once you find that intersection it will come naturally as how to proceed.

What is your view on the relationship between art and science? Should they be more separated, or should they play together more often?

Like many things, art and science would be even greater combined. Both fields have their own mentality, research methods and ways of thinking. This sometimes leads to places where each is stuck. A fresh view, that might seem unorthodox at first, can open up new pathways for each field to continue growing.

Both science and art are very complimentary to each other.

Can art help us make better science? What about the other way around?

Within the Arts, the field of ArtScience is continuously growing and welcomed with open arms, while within the Science community there still is some resistance towards having Arts distort the nature of Science; the accuracy and the objectiveness.

In Scientific Illustration, we make sure that that accuracy and objectiveness is guarded, while still offering a different perspective and approach to a problem, such as the reconstruction of Archaeological findings. Reconstruction of archaeological finds has several layers and goals, one being to understand a past society. But can you truly understand the creation of an art object from the past, when you don’t engage artist with their unique way of thinking into the process of reconstruction?

All image credits to Sarah Gluschitz. You can see more of her work on her Instagram page or her website.