by Dragos Mitrica
in Archaeology
Reading Time: 3 mins read
A A
Share on FacebookShare on TwitterSubmit to Reddit 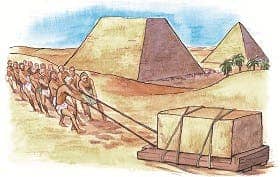 In the excavations near the ancient temple of Tebtunis archaeologists found a big number of papyri in a garbage dump near the temple that later turned out to be slave contracts with a significant hystorical value. In the text translated from 100 papyruses, an incredible fact was revealed: not only that the slaves voluntarily chose to be slaves for the temple, but also had to pay a monthly fee in order to gain the right to do so.

This finding is reported in the article titled:  A Self-Dedication Addressed to Anubis – Divine Protection against Malevolent Forces or Forced Labour? by egyptologist Kim Ryholt of the University of Copenhagen, that appeared in the publication Lotus and Laurel – Studies on Egyptian Language and Religion.

An extract from the ancient texts reads as follows: “I am your servant from this day onwards, and I shall pay 2½ copper-pieces every month as my slave-fee before Soknebtunis, the great god.”

One question that appears when reading these texts is where did the slaves’ money come from ? As Ryholt puts it, “slaves in antiquity, as in modern times, were generally allowed to earn some money on their own.” Although the means through which the slaves generated their income is known largely from speculations, Ryholt mentions one literate slave called Ptolemy, who managed to earn some money by being a “dream interpreter” in his spare time.

After they were discovered in illicit excavations in 1930, the papyri slave contracts were scattered in fragments across Egypt, Europe and the United States, causing researcher Kim Ryholt to spend years in trying to find, translate and analyse these texts. He was the first to analyse collectively over 100 papyri containing such contracts.

The contracts, written in the Demotic script – an ancient Egyptian language, mentioned that some of the slaves also signed up their descendants for serving the temple: “I am your servant with my children and the children of my children”.

ADVERTISEMENT
The author mentions that the motivation for becoming temple slaves would have been mainly out of practical reasons, as it protected the slaves from being forced to work in other more harsh and many times dangerous conditions:

“90 per cent of the people who entered into these slave contracts were unable to name their fathers, although this was normally required. They were presumably children of prostitutes. This is a clear indication that they belonged to the lower classes which the king could subject to forced labor, for example digging canals, if he so desired. However, we know from other contemporary records that temple slaves were exempt from forced labor.”

“Many therefore chose to live as temple slaves because it was the only way of avoiding the harsh and possibly even deadly alternative; the temple was simply the lesser of two evils for these people. And for the temples, this was a lucrative practice that gave them extra resources and money.”

[Via the Nature Blog House of Wisdom]