by Mihai Andrei
in Archaeology, History, News
Reading Time: 2 mins read
A A
Share on FacebookShare on TwitterSubmit to Reddit

Some relationships last a lifetime – but some last even more than that. University of Leicester archaeologists uncover a trove of relics and remains at Chapel of St Morrell in Leicestershire, including two skeletons who have been holding hands underground for the past 700 years.

The archaeological excavations uncovered not only the couple, but also fragments of stone masonry, wall plaster, tiles and lead from the windows and a number of silver pennies, which hold good indication to when the chapel was still used.

“’We have seen similar skeletons before from Leicester where a couple has been buried together in a single grave. The main question we find ourselves asking is why were they buried up there? There is a perfectly good church in Hallaton. This leads us to wonder if the chapel could have served as some sort of special place of burial at the time.”

They now believe the place might have been a famous pilgrimage site at the time. A less romantic but just as possible explanation is that the couple was refused burial in the main church, because they were criminals, or sick, or did something to offend the church; the church was quite easy to offend in those days.

To make things even more interesting, at the bottom of the architecture, archaeologists found roman stones, which indicate that the site has had a religious significance for over 2000 years. 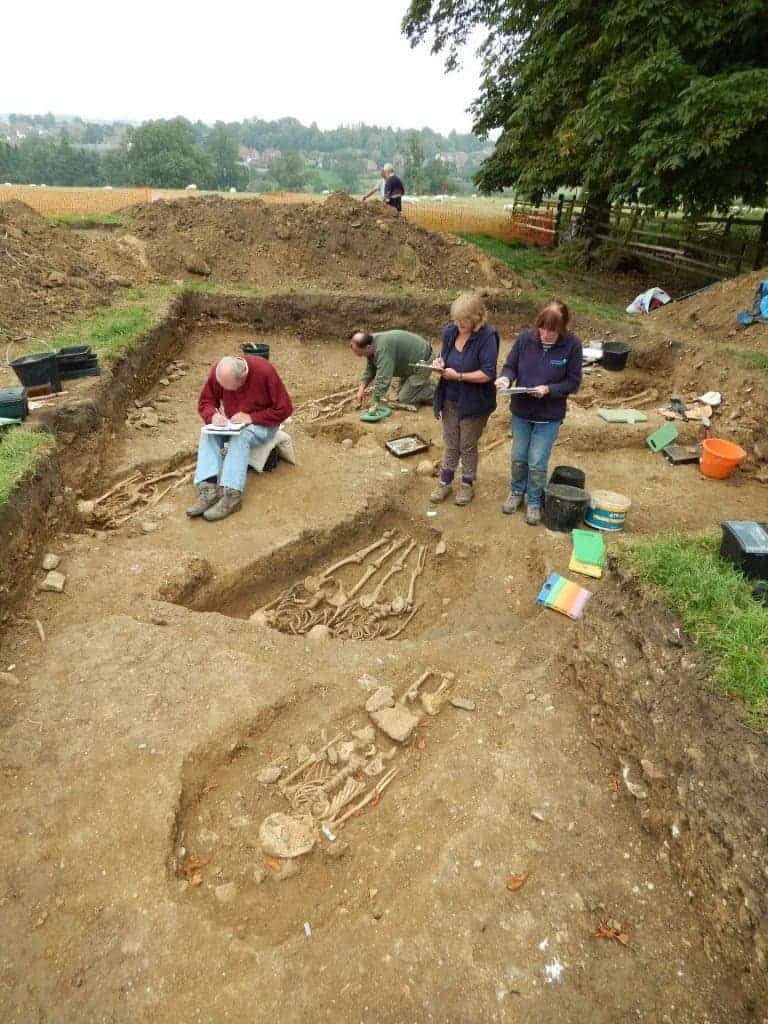 I’m also happy to report that the locals were quickly informed about the digging and the findings. The local schools were given a quick tour, and several hundred people visited the site in the past few days.